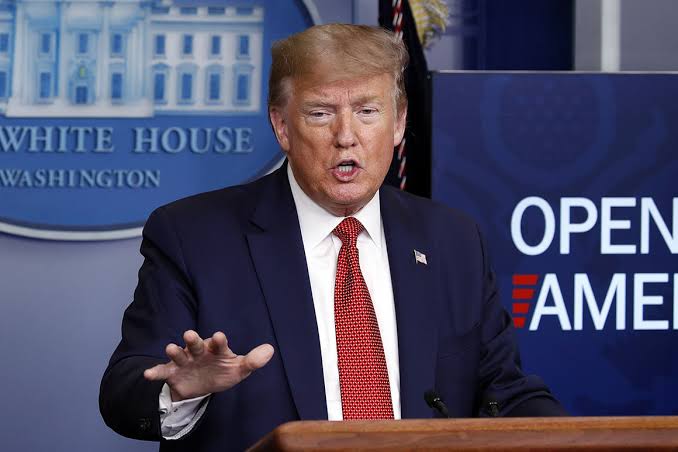 In one of the most anticipated rulings on presidential privilege in years, the justices by a 7-2 vote ruled the nation’s chief executive is not above the law and must comply with legitimate demands from a grand jury in New York that is investigating Trump’s alleged hush money payments to two women who claimed to have had sex with him.

Trump had sued to block the subpoenas and claimed that as president he had an “absolute immunity” from demands for personal or confidential information.

“We reaffirm that principle today and hold that the president is neither absolutely immune from state criminal subpoenas seeking his private papers nor entitled to a heightened standard of need.”

In a related case involving a similar subpoena from House investigators, the court also ruled 7-2 that the president did not have immunity. But justices vacated the House subpoenas, saying lower courts failed to properly balance the legal and constitutional questions raised by the request. They sent the matter back to lower courts for review.

Justices Clarence Thomas and Samuel A. Alito Jr. dissented in both cases. Trump’s two appointees, Justice Brett M. Kavanaugh and Neil M. Gorsuch, concurred in the outcome in the New York case, but did not join the chief justice’s opinion. All four liberal justices voted with Roberts….

Also, exactly when the documents must be handed over to the grand jury is unclear. The court said Trump could still fight their release by raising other issues in court.

Trump blasted the decision, insisting that courts in the past had deferred to presidents in such matters. “BUT NOT ME!” he tweeted.

In fact, the court consistently rejected sweeping claims of presidential immunity, ruling unanimously that President Nixon had to hand over the Watergate tapes and that President Clinton had to be deposed in the Paula Jones sexual harassment lawsuit.

The election-year dispute had an obvious political significance, but it was also the rare separation of powers case in which the powers of the president, Congress and the judicial system were all at issue.