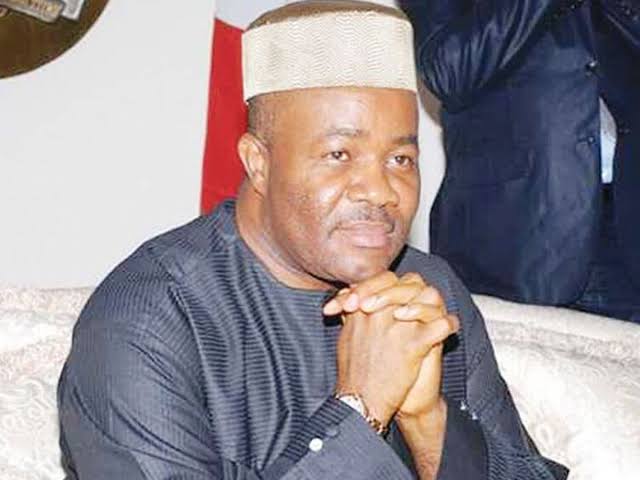 The Senate, yesterday, expressed shock over the stunning revelation that the Nigerian Police Force and the staff of the Niger Delta Development Commission (NDDC) shared N3.14 billion as palliatives for the COVID-19 pandemic.

This was as the NDDC Director of Projects, Dr. Cairo Ojuogboh, accused Chairmen of the Senate and House of Representatives Committees on NDDC of hijacking the 2020 budget of the agency.
Adetunbi pointed out that the expended fund was contained in the document submitted to the committee by the Managing Director of the IMC, Kemebradikumo Pondei.
When invited to the podium to give explanations on the fund, which was captured on the subtitle “emergency payments”, Pondei admitted before the ad hoc committee that N3.14 billion was spent by the NDDC to cushion the effects of COVID-19 on staff of the agency.

He further claimed that part of the money was paid to the Police, youths, men and women to cushion the negative effects of the pandemic and to forestall violence that might erupt in the Niger Delta region.

Giving a breakdown on how the money was spent, Adetunbi said that from the records in the document submitted to the committee by the NDDC, out of the total sum of N3.14 billion purportedly spent on COVID-19, N1.5 billion was shared among the Police and staff of the commission across the nine states of the Niger Delta.
He pointed out that N475 million was paid to the Police from the money to purchase face masks and hand sanitizers.

Reading further from the documents, Senator Adetunbi said: “The NDDC IMC expended on other issues, including COVID-19, to the total of N81.509 billion, from October 2019 to February 2020, and from February to May 30th, 2020, the reason of this investigation.”

He said: “It is on this expenditure that the Senate has called for this investigative public hearing.”

Meanwhile, while defending the spending of the agency, the NDDC Director of Projects, Ojuogboh, posited that the “Commission has not misapplied any kobo” as being alleged by the National Assembly.

Responding to questions from the members of the Assembly, Ojuogboh stated that the IMC inherited a debt of N3 trillion, claiming that the National Assembly hijacked the 2020 budget of the agency.

“We have no problem with the National Assembly, but we have a problem with chairman of the Senate committee on Niger Delta. No one kobo is misapplied since the coming of NDDC IMC.
“The 2020 budget of NDDC has been hijacked by the two chairmen in the Reps and Senate. We submitted the budget since 2019 and nothing has been done on it,” he said.

On the allegation that the IMC unilaterally and arbitrary sacked some staff of the NDDC, the director said that no single staff was sacked.
“We have sacked no staff and all workers on leave have been paid their full salaries. So, anyone who is claiming to have been sacked should bring the sack letter,” Ojuogboh stated.

In his remarks, the President of the Senate, Ahmad Lawan, said that allegations of financial recklessness and misappropriation of funds levelled against the IMC of NDDC were unacceptable, and that propelled the Senate to investigate the activities of the commission.

“Financial recklessness is not an attribute that anyone can afford, whether rich or poor. It is even worse with the poor, or for the organisation or a country with limited resources,” Lawan said.
-New Telegraph