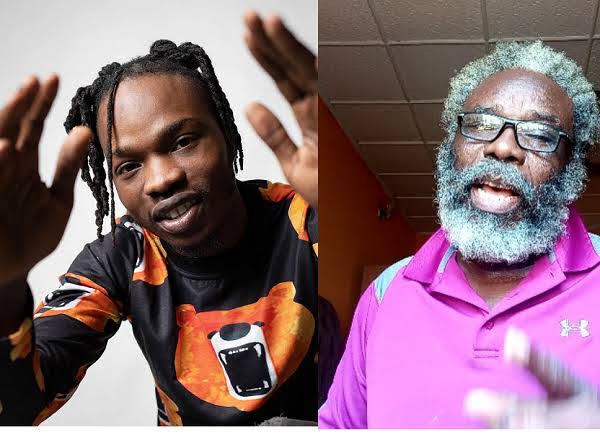 Jude Chukwuka, actor and social commentator rendered Naira Marleys’s Ma Fo so beautifully that he got a million naira from the musician. I did not know Jude Chukwuka before the viral video and had not watched his movies. When I first saw the video I thought he is a yourba man for his good Yoruba diction.

Chukwuka’s rendition of Ma Fo, however, is another example of the possibility inherent in our national aspiration. His video tells the story of the Igbo man: cosmopolitan, at home with his adopted culture and proud to adopt and express the culture, language and art of his host. Chukwuka speaks fluent Igbo but happily presents Yoruba programs.

Igbos assimilate the culture of his host. He invests, without hesitation, in the economy of his adopted home and becomes the ambassador of the tribe that allows him to settle and thrive. So much that the issue confronting Ndi Igbo as a people is the sustenance of our language and culture as the diaspora Igbo acculturate in their various abode.

Yet, the country mistrust the Igbos, if an Emeka says he wants Biafra, the country latches on it to generalize forgetting the Chukwukas and millions of Igbos across the country voting with their feet and wallet. They are building homes, businesses, raising their kids and investing in their adopted homes.

Sadly, every effort is made to impose what Chimamanda Adichie described as the single story on Igbo people. When Okechukwu cries against marginalization the troops rush to the barricade shouting bigotry.

Chukwuka’s rendition is a reminder that Igbos are a diverse people with complex attitudes to the Nigerian project. The only issue that unites igbos is the increasing realization of the high cost of their ethnicity. The high cut off point, the absence of their kith and kin in the decision making positions across the political and bureaucratic spectrum, and the high-handedness of law enforcement agencies in the SE zone. The Igbos however, are not united in how to solve the issue.

The onus is on the government and the rest of the country to increasingly reduce the cost of being Igbo. The cost is currently too high.

It will be nice to see other Nigerians emulate the example of Chukwuka. His various public avowal of his mastery of yourba should serve as a pointer that the current campaign to profile Igbos as a monolithic bigots is misguided and should stop.