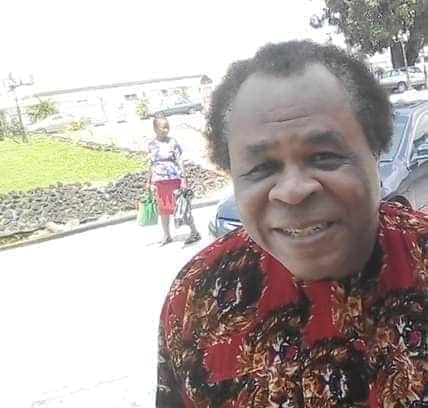 A renowned Scientist and Inventor, Engr.Dr.Ezekiel Izuogu, from Ideato North LGA of Imo State is dead.

The car was described by the BBC as ‘ the African dream machine as 90% of its parts were sourced locally. At a projected sales cost of 2000 dollars, it would have taken the world by storm and become the cheapest and most affordable car on earth. With mass production planned under Izogu Motors plant in Naze owerri, the prospects of an industrial revolution in Igbo land and Nigeria, was in the making.

The car was equipped with a self made 1.8L four cylinder engine that got 18mpg and allowed the car to achieve a top speed of 140 km/h. Front Wheel Drive (FWD) was chosen over Rear Wheel Drive (RWD) because a transmission tunnel, which RWD would require, would be more expensive to fabricate.

So 90% of the car’s components were made locally. General Sani Abacha set up a 12 man panel of inquiry made up of professionals to ascertain the road worthiness and authenticity of the car and after several days of probing, the committee gave Dr. Izuogu’s car a clean bill of health, recommending that some of the bumps on the body of the car be smoothened. It is worthy to note that this was five years before India built their first car known as the Indira.

At a well organized unveiling ceremony which 11th of March 2006, at about 2.00 a.m, a total of about 12 heavily armed men broke into Dr. Izogu’s factory in Naze and carted away various machines and tools including the design history notebook of Z-600, the design file Z-MASS, containing the design history for mass production of Z-600 car, and the moulds for various parts of the car.