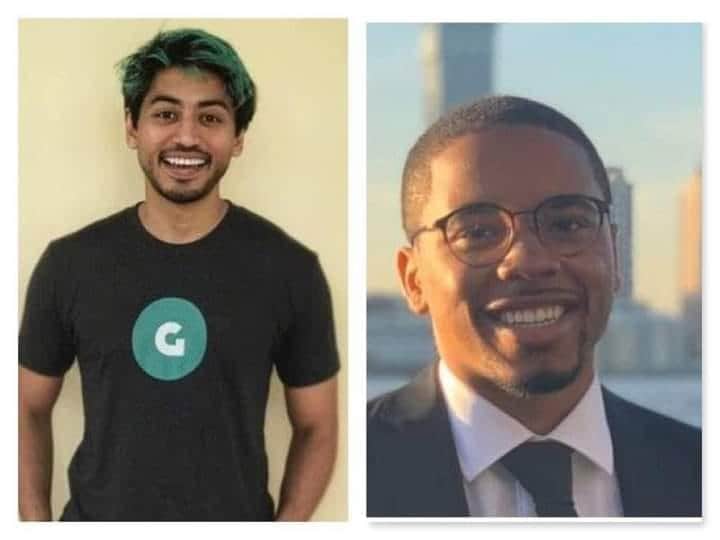 Tyrese Devon Haspil, an aide of 33 year-old Gokada CEO, Fahim Saleh, has been arrested in New York for his gruesome murder.
The 21 year-old Haspil, according to New York Times, has been accused as the person who carried out the gruesome dismemberment of Saleh, an American tech millionaire, doing business in Nigeria.
The newspaper said Haspil will face charges for the murder.
Detectives believe that Saleh had “discovered that the assistant had stolen tens of thousands of dollars from him,” providing a motive for murder.
Tyrese Haspil- accused of killing GOKADA CEO Fahim Saleh on 13 July and returned 14 July to dismember him
The Times reported that Saleh didn’t report the alleged theft to the police but asked Haspil to repay the money.
The New York Post alleged the theft amounted to $100,000 and that Haspil allegedly “reneged” on the repayment plan.
“This was an act of charity that turned into an act of murder,” a source told The Post.
The Times also reported that investigators now believe Saleh was killed the day before the dismemberment (stunned with a Taser and then stabbed to death in the neck and torso) and the killer returned to the apartment to dispose of the body.
The killer also used a portable vacuum cleaner to try to clean the crime scene, according to the newspaper.
The grisly discovery came July 14 in Manhattan, when police found the “limbless, headless torso” of Saleh inside his luxurious condo, according to The New York Daily News.
Saleh was found decapitated and dismembered next to an electric saw in his luxury Manhattan condo on Tuesday.
According to the newspaper, a video may have captured a suit-wearing man entering an elevator with Saleh in the moments before he met with foul play.
Saleh’s arms and legs were cut off with “surgical precision,” according to the New York Post, and then placed in bags.
The New York Daily News quoted a source as describing the scene as “professional.”
Personal assistant of slain Gokada CEO arrested over his death
by The Cable
Tyrese Devon Haspil, personal assistant to late Fahim Saleh, a tech entrepreneur, has been arrested over murder of the deceased.
According to the New York Times, Haspil, who was arrested in the early hours of Friday, is expected to be charged with second degree murder among other counts.
An official who spoke with the news outlet linked Saleh’s murder to the discovery that his assistant had stolen tens of thousands of dollars from him.
The source also said this was despite the fact that the deceased did not divulge his findings about Haspil and had even arranged a repayment plan for him to return the money.
The investigators said Saleh was murdered on Monday but his killer had returned to his apartment on Tuesday to clean up and dismember his body.
They added that the killer had used Saleh’s credit card to buy the materials needed to clean the scene of his death.
Autopsy results on Thursday showed he was stabbed multiple times before he breathed his last.
A video footage in his apartment taken hours before his death showed him walking into an elevator at about 1:40pm on Monday while the assailant followed — clad in a suit, tie, mask and clutching a bag.
A heated exchange had ensued between the two afterwards when Saleh discovered he was been accosted.
Sahel was found decapitated and dismembered in his $2.2 million Manhattan apartment, by his sister who had gone in search of him on Tuesday.
The 33-year-old tech entrepreneur, was until his death, the CEO of Gokada, a motorcycle-hailing company in Lagos, Nigeria.
Haspil’s arrest has not been officially announced by the police as of the time this report was filed.