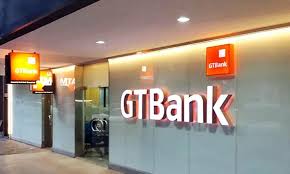 The convict, a former staff of Guaranty Trust Bank (GTB) was prosecuted by the Kano Zonal Office of the Economic and Financial Crimes Commission, EFCC.

Dele Oyewale,, Head Media & Publicity, for the commission said he  was arraigned on January 30, 2020 alongside his wife, on a six-count charge of money laundering and obtaining money by false pretence, to which they pleaded not guilty.

The charges were, however, amended to three-counts in the course of the trial, to which the convict pleaded guilty while his wife was delisted from the charges after further investigation revealed that the convict committed the crime without her knowledge.

The convict ran into trouble for creating a non-existent account holder, purporting the same to be a staff of Aminu Kano Teaching Hospital, AKTH, Kano State, by presenting forged employment particulars of the hospital and fraudulently obtaining a loan through the fake account holder.

He deposited the loan sum into a joint account held with his wife, but subsequently withdrew the money without his wife’s knowledge hence she was removed from the charge.