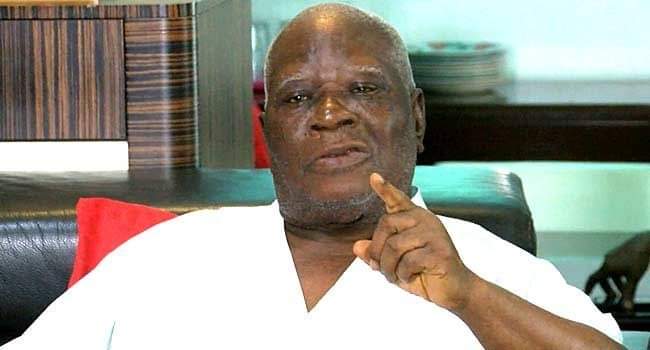 ELDER Statesman and former Federal Commissioner for Information, Senator Edwin Clark, said, weekend, that it was uncalled-for and hypocritical for Northern politicians to argue that there was no rotation of power between North and South, as President Muhammdu Buhari presently serving his second term if office, rode to power in 2015 based on the arrangement.

Clark, also the leader of the South-South geo-political zone and Chair, Board of Trustees, BOT, Pan-Niger Delta Forum, PANDEF, also shot down the presidential ambition of All Progressives Congress, APC, leader from the South-West zone, Alhaji Bola Tinubu, saying, it was the turn of the South-East zone to produce the next president in 2023.

Reacting to the recent comments of former National Security Adviser, Mamman Daura, on some national issues, he said the agreement to rotate Presidency between North and South was reached at the 2014 National Conference attended by over 490 Delegates representing various aspects of the Nigerian public, including professional bodies, trade unions, market women, the physically challenged and the youths. And the essence was to give a sense of belonging to all.

His words: “It is for this reason that some of us are recommending that the South-Eastern part of Nigeria should be allowed to produce the President of the country. It is the turn of Southern Nigeria to produce a President.

“The likes of Ahmed Bola Tinubu of the Southwest zone, a zone which has ruled this country at three different times with Chief Olusegun Obasanjo ruling as Military Head of State and as a democratically elected President, and Chief Ernest Shonekan as Interim National President, should allow the Southeast, which was also part of the three principal regions of Nigeria headed by Dr. Nnamdi Azikiwe as first President of Nigeria from 1963-1966, the Sarduana of Sokoto, Sir Ahmadu Bello, the Premier of Northern Nigeria, and that of Western Nigeria, Chief Obafemi Awolowo, as heads of the regional governments.”