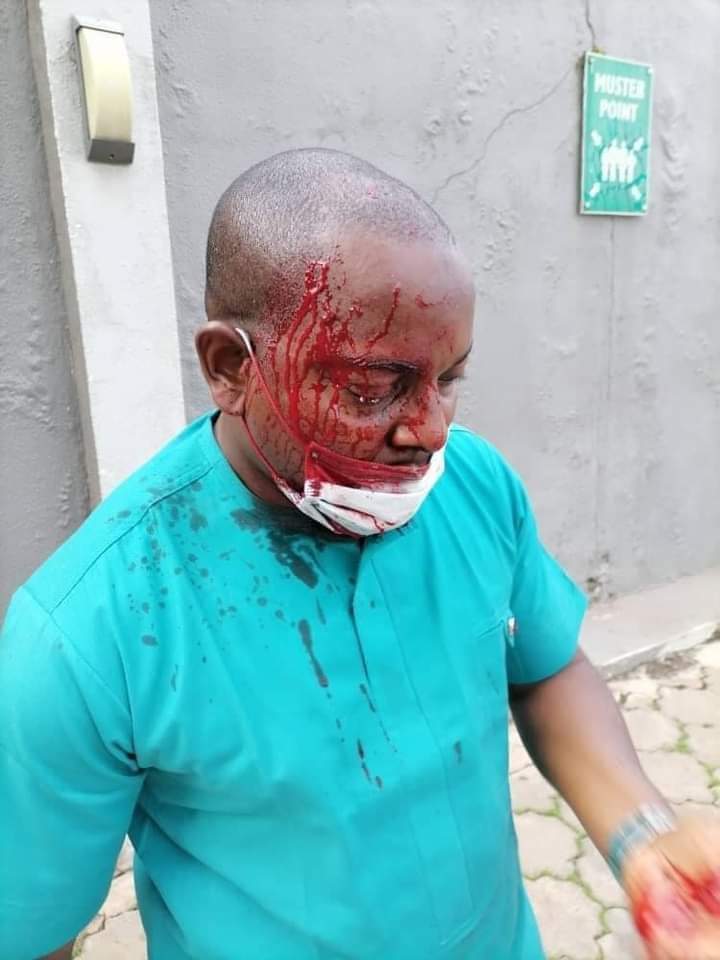 The election of the Enugu State branch of the Nigerian Medical Association turned bloody on Thursday.

A faction of the state NMA had two weeks ago announced the suspension of the incumbent chairman, Dr. Ike Okwesili, for alleged gross misconduct and abuse of office.

They subsequently appointed one of the Deputy Vice-Chairman Enugu East, Dr Kinsley Ugwuonye, as acting chairman.

Some members of the association, who gathered at the Michael Okpara square for the Annual General Meeting and the election of new executive of the association for the next two years, were seriously injured by thugs who invaded the venue.

The thugs numbering over 30 had stormed the venue with dangerous weapons while voting was going on and started destroying chairs, tables, and canopies among other objects being used for the election.

They upturned the ballot boxes and pounced on members of the electoral committee leading to the doctors scampering to safety for fear of losing their lives.

While some sustained injuries trying to escape from the thugs, others, including the NMA chairman in the state, Dr Ike Okwesili, were thoroughly beaten and wounded.

One of the doctors, Dr. Ejike Odo, who spoke to The PUNCH stated that “We hope he is fine wherever he maybe because he was brutalised.”

The doctor narrated that policemen who were drafted to the venue of the election had hectic time preventing major casualties.

“In the process to control the crowd and send people away from the venue, they also dealt with serious blows on the members,” he added.