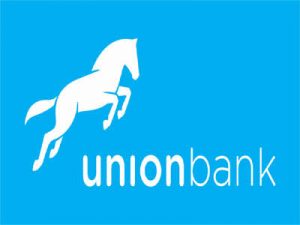 The BBB+(NG) rating assigned to the N13.5 billion Series 1 and Series 2 bonds of Union Bank of Nigeria Plc has been affirmed by Global Credit Ratings (GCR).

The local credit agency said the mid-tier lender has been meeting its obligations under the issuances on a timely basis, up to the most recent coupon payment date March 3, 2020.

In September 2018, the commercial bank issued the series 1 and series 2 bonds under its N100 billion debt issuance programme.

In a statement issued on Tuesday, GCR said while affirming the rating on the Union Bank’s papers, it accorded them with a negative outlook.

The firm said its rating was based on the improvement in asset quality and capitalisation metrics of the lender at FY19.

Profitability was further enhanced by the absence of impairment and a relatively flat operating expense, while cost ratio though moderated to 74.5 per cent from 83.1 per cent the prior year, measured above the industry average of 67 per cent.

“Also, performance as at 1Q FY20 reflects a significant improvement relative to the corresponding period in FY19,” GCR said in the statement.

Concerning the negative outlook on the rating, GCR said it was because of the current macro-economic challenges, exacerbated by the sustained weighting of the bank’s loan book to the challenged oil and gas sector, which it said remains a major constrain.