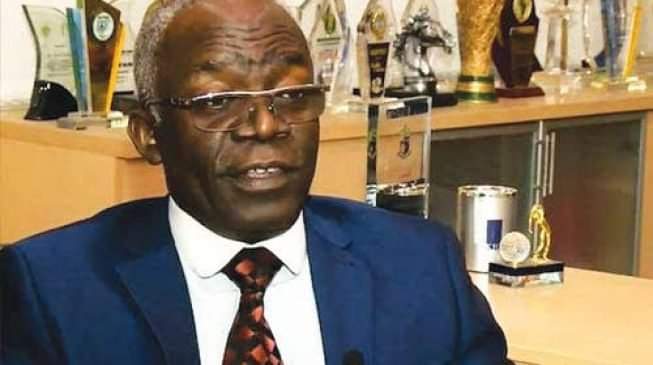 The radio station came under sanction over an interview it had with Obadiah Mailafia, a former deputy governor of the Central Bank of Nigeria (CBN).

Mailafia had alleged that a northern governor was one of the leaders of Boko Haram — among other allegations. The NBC, however, said Mailafia’s claims were not verifiable and could cause public disorder.

The NBC also said the airing of the claims was in violation of the provisions in the amended sixth edition of the Nigeria Broadcasting Code.

But reacting, Falana said the amended code under which the radio was fined was yet to come into force.

“Assuming that the code was properly amended the board cannot charge a suspect with criminal offences, prosecute, convict and impose a fine on him. The investigation being conducted into Dr. Obadiah’s interview by the State Security Service has not been concluded. So why was NBC in a hurry to violate the fundamental right of the broadcasting station to fair hearing?

“Section 33 (4) of the constitution provides that anyone charged with a criminal offence shall be tried before a competent court or tribunal. Only a competent court of law is empowered to try, convict and impose a fine on a criminal suspect after a trial has been conducted before a competent court. In Mobil Producing Nigeria Unlimited in Suit FHC/UY/CS/1623/2016 – National Oil Spill Detection & Response Agency (NOSDRA) vs. Mobil Producing Nigeria Unlimited the federal high court per honourable Justice Ojukwu held that the imposition of fines by regulatory agencies was unlawful. The judgment of the learned trial judge was upheld by the court of appeal in the case of Nosdra v Exxon Mobil (2018) JELR 41137 (CA).

“In view of the fact that the imposition of the N5 million fine was anchored on a purported amendment of the code and since the NBC lacks the legal competence to impose a fine on any broadcasting station without a finding of guilt by a properly constituted criminal court the NBC should suo mutu quash the illegal fine.”