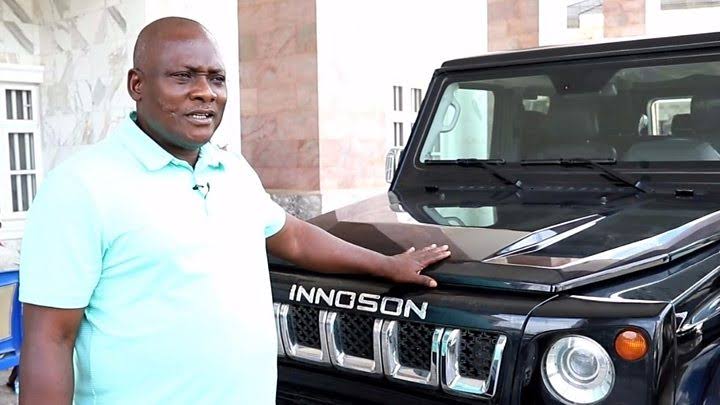 Chief Executive Officer of Innoson Vehicles Manufacturing, Chief Chukwuma Innocent has made a shocking revelation regarding how he landed a $4.7m deal with the Sierra-Leonean government after Nigerian lawmakers rejected his vehicles.

In an interview with Vanguard, Chief Innocent took time to clarify some of the popular misconceptions surrounding the operations of Innoson Motors in Nigeria, the peculiar challenges in the industry as well as his recent million dollar deal with Sierra-Leone who seem to have deposited more faith in his inventiveness than the Nigerian lawmakers.

“Didn’t you see what happened at the National Assembly recently? They decided to buy Toyota cars made in Japan, that they are too big to drive made in Nigeria cars. Didn’t you hear it in the news?

“I don’t know about that. Whatever the person representing me said doesn’t matter to me. All I know is that was the decision of the National Assembly. Anything all of them agreed is what they will do. You can’t tag it to somebody representing me because he’s just one person and he can’t decide for the entire lawmakers. So, if the NASS decides anything, he can’t stop them” he said during the interview.

“Yes, ass of now, I have order of about $4.7million worth of vehicles from Sierra Leone. That’s what I’m producing now for Sierra Leone government. Normally, I do get order and supply from within and outside the country” he added.

Chief Innocent also seized the platform to address one of the popular misconceptions about his outfit as being merely an assembly plant, alleging that whereas all his engines are imported through his foreign partners, the entire manufacturing process is undertaken by his team.

“You are here now and you have seen things yourself. Let me use this opportunity to say this once again; Innoson does not assemble vehicles, we manufacture. We build 100 percent vehicle body here and over 60 percent of the products used in manufacturing the vehicle are gotten from Nigeria”.

“We make all the carcass of all our vehicles here. We only import some engines and electrical components but produce all the plastic parts here. We have produced many new vehicles according to the demands of our customers and what they need those vehicles for. Even if they need what we do not have, we make the mould and produce their request and to specifications. That is why we are a vehicle manufacturing company, not assembling company”.

He further noted that while the President Muhammadu Buhari led administration has been supportive in terms of favourable policy formulation, implementation of these policies have however not been very commendable.

“The Federal Government is doing everything possible to support the manufacturing sector with good policies, but the problem lies in the implementation. They have done enough in terms of policies to support local content but, like I said, implementation is the problem. So, I won’t say that government is not helping. They are doing their best. If you look at the policies, they are favourable”.

In his reaction as to whether he is nurturing any political ambition, Chief Innocent held that he is no politician, neither does he have any interest in politics beyond exercising his franchise as he deems fit.