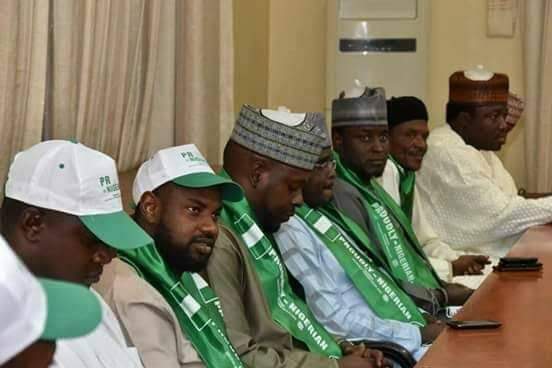 The Coalition of Northern Groups (CNG) says despite benefiting from the tolerance of the previous administration headed by Goodluck Jonathan, the government of President Muhammadu Buhari is becoming “more and more intolerant of criticism”.

In a statement issued in Kaduna on Sunday, the group alleged that the Buhari administration is gradually turning Nigeria to a police state.

Abdul-Azeez Suleiman, spokesman of the group, was reacting to the invitation of Ghali Na’Abba,a former speaker of the house of representatives, by the Department of State Services (DSS).

The secret police invited Na’Abba after he made critical comments about the Buhari administration while unveiling the agenda of the National Consultative Front, a new political movement.

The former speaker had said those currently in power have failed Nigerians, citing insecurity and unemployment.

In the statement, Suleiman said no one should be denied his or her rights to expression.

“The CNG finds it worrying that the current administration is becoming more and more intolerant of opposition and criticism and gradually dragging the country towards a police state,” Suleiman said in the statement.

“We find this attempt to harass Na Abbah, a senior citizen and critical stakeholder in the nation’s democratic process, a brutal encroachment on the universal citizens right to freedom of expression which is a fundamental characteristic of any democratic state.

“By its continuous attempt to suppress the existence of the right to freedom of expression which includes the freedom to hold opinions and to receive and impart information and ideas without interference by the public authority, President Muhammadu Buhari’s administration is exposing its failure in sportsmanship, statesmanship and political craftsmanship.

“It is ridiculous that those who run this government who happened to have benefited the most from the previous administration’s tolerant disposition should be the ones denying others the same rights they enjoyed.

“We therefore find it absolutely unacceptable for a people who in no way bore the brunt of the struggle for the return to democracy to be hellbent now on scuttling it.”