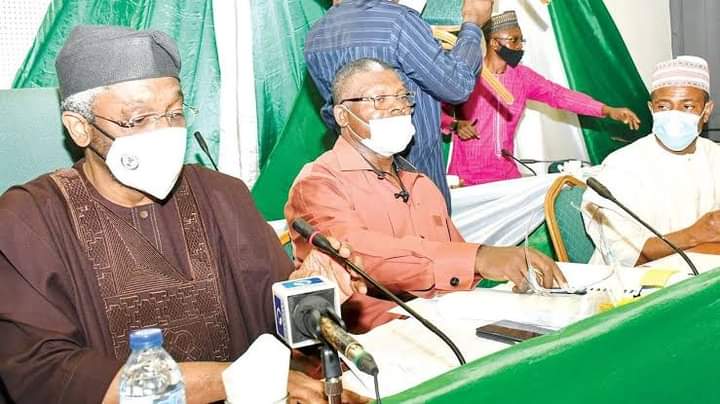 Some members of the house of representatives have alleged that government officials sign empty pages of loan agreements.

Nicholas Ossai, chairman of the house committee on treaties, protocols and agreements, was speaking at the investigative hearing on external loans and commercial agreements in Abuja on Monday.

Ossai said government agencies sign commercial agreements in billions of dollars before going to the federal executive council for approval to execute them.

He added that the officials negotiate the terms of the loans before going to the president, who approaches the national assembly for approval of loans for projects without attaching the negotiated loan and commercial contract agreements details.

“This approach is the reason we have government representatives signing empty pages of loan agreements repayment schedule and other key documents required for the loan agreements to become effective,” he said.

“We have commercial contracts signed in US dollars, while the loan agreements for the execution of the same contracts were signed in Chinese yuan currency in the ministry of communications and digital economy/Galaxy Backbone Limited.

“Most of these commercial contract agreements didn’t also have local content clauses and were witnessed by non-properly designated and authorised officials.”

The reps committee chairman also accused the ministry of transportation of awarding contracts for the construction of railways to the tune of $33 billion without local content clauses or having authorised officials as witnesses.

“We have noticed from documents available to us that commercial contracts prices signed by the federal ministry of transport alone is over $33 billion without any clear cut financing arrangements,” he said.

“Most of these commercial contract agreements didn’t also have local content clauses and more witnessed by non properly designated and authorized officials.

“There are observable issues relating to the procurement process, evidence of 15 percent advanced payments, payment of management fees, drawdown process and remittances and a whole lot of other matters, which we are strongly poised to ask questions on and hopes to get honest answers that will fine-tune the current process, plan for the possible renegotiation of some of these agreements in order serve Nigerians better.”

However, Rotimi Amaechi, minister of transportation who was present at the hearing, refuted the accusation.

The minister faulted allegations that local content laws were breached, adding that frequent probe of the rail project will hinder its success.

“Mr Chairman I have the right to speak, you invited me, I was once a member of the house. if you say the ministry of transport has a contract $33 billion we want to see it because as the minister of transport the only contract awarded so far is 1.6 billion dollars contract for Lagos Ibadan which is under threat,” he said.

“By the time we came, the contract awarded by Jonathan signed by Aganga has been completed 80 percent so we didn’t have to do the meeting of local content or no local content. The only one that has to deal with the issue of local content is the $1.6 billion contract that was awarded for Lagos to Ibadan.

“For which the Chinese government is providing $1.2 billion and we’re providing the remaining $400 million. There are over 20 thousand workers and only 560 of them are Chinese, we need to begin to say the truth. It’s good to tell Nigerians the truth, this very political and we will show all the contracts awarded by the PDP government.

“The contracts awarded by this government is 1.2 billion dollars contribution by the Chinese and the 400 million dollars we are including.”

On the $11.1 billion railway project allegedly signed in July 2016, Amaechi said: “That contract was signed as a prelude to a loan and there’s no loan and we may not get the loan because of you chairman, because of the committee you set up against the China loan”.