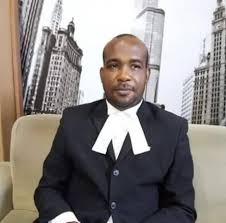 The Abuja Division of the Federal High Court, on Tuesday, granted bail to a legal practitioner and social critic, Emperor Ogbonna, six months after he was detained by the Department of State Service, DSS, for criticising President Muhammadu Buhari.

Justice Taiwo Taiwo granted the lawyer bail after he listened to an application that was argued by his lawyer and human rights activist, Chief Mike Ozekhome, SAN.

Ozekhome told the court that the DSS had since March 24, unlawfully detained his client for criticising President Buhari and for his conclusion that citizens could revolt due to harsh living conditions unless the federal government provided a remedy.

Ozekhome contended that action of the secret service amounted to gross abuse of fundamental rights of the Applicant, even as he urged the court to grant him bail on liberal terms.

Besides, he urged the court to invoke constitutional provisions that presumed the Applicant innocent until proved guilty of any allegation against him.

Ozekhome maintained that the Applicant’s alleged criticism of President Buhari was not an offence that could warrant his perpetual detention in custody of the DSS.

Meantime, FG’s lawyer, Mr Isah Abubakar, opposed the bail application on the premise that the applicant will escape justice in view of the gravity of his alleged offence.

He urged the court to deny the bail request in the interest of national security.

However, in a bench ruling, Justice Taiwo, agreed with Ozekhome that the law presumed the applicant innocent until found guilty by a competent court.

Justice Taiwo held that fundamental rights of the Applicant to freedom of liberty had been breached with his detention for more than the period prescribed by the law.

Consequently, he admitted the Applicant to bail in the sum of N2 million with two sureties in like sum.

The court held that the sureties must provide evidence of tax payment, adding that one of them must have a property in the Federal Capital Territory (FCT) with verifiable documents.

Aside from directing the sureties to depose to an affidavit of means, Justice Taiwo, held that the Applicant should be remanded in prison custody till he perfects the bail terms.