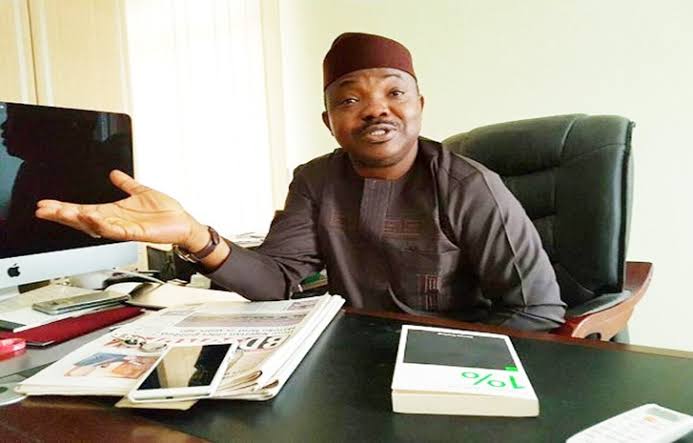 Kaduna state Governor, Nasir El-Rufai has been mocked after being denied access to speak at NBA’s annual general meeting.

Yinka Odumakin, National Publicity Secretary of Afenifere has ridiculed the Governor of Kaduna state, Nasir El- Rufai after the invitation given to him to speak at the Nigerian Bar Association forthcoming 2020 Annual General Meeting was withdrawn.

He charged El-Rufai to go to Boko Haram and collect his own invitation from them.Odumakin in his latest article titled ‘ El- Rufai and The Wages Of Sin’ said like the NBA, no decent Nigerian should give El-Rufai any platform to speak to Nigerians.

He wrote “The NBA has continued what I advocated that Nigerians to continue to do when the late Kashamu peers wanted to shut former President Olusegun Obasanjo up for grafting the proper epithet for the late serial fraud. Boko Haram can invite El-Rufai for their session but let no decent Nigerians give him their platforms”.El-Rufai was one of the fresh blood President Obasanjo injected into governance in his time. He showed some zeal in restoring Abuja master plan but his activities were trailed with extreme wickedness”.“I met him on the net in 2010 when former President Yar’adua fell ill and the cabal around him started monkey business with Nigerians..We started a pressure group of 12 Nigerians which blossomed to 54”.

The online movement later became a real organization at a meeting called by Pastor Tunde Bakare.The Save Nigeria Group engaged the cabal until the National Assembly used the doctrine of necessity to enthrone Dr Goodluck Jonathan as President”.“I saw how efficient El-Rufai could be while working with him online.There was no airspace he could not enter to get information. The day they were bringing Yar’adua to Nigeria, he was downloading every move of the plane to me.But it was in that process that I saw how widely ambitious he could be”.I cannot forget the day Jonathan was made President and he came to Pastor Bakare room at Transcorp.He wanted a list forwarded to the President of about 3 names from which he could pick a vice-President.His name was on the list with highest points”.“I forgot I have seen him twice in UAE before.The first time was when I attended his 50th birthday.The second was when he solicited a meeting of SNG leadership through me.Pastor Bakare was reluctant at attending but succumbed to pressure from Mr Jimi Agbaje who was the first to become the first adversary of El-Rufai and his partner ,Jimi Lawal.I saw they were not for any great good at the UAE meeting !“Thereafter came the 2011 elections during which Major General Muhammadu Buhari picked Pastor Bakare as his running’ mate and me as his spokesman.El-Rufai was by the sides of Pastor but throwing bomb at Buhari as “corrupt and unelectable”“By 2015 he turned around a Buhari supporter and had abandoned his 2011 pipedream of running for President on Labour Party opportunistically using the SNG as a launchpad”.He became one of the members of the CPC merger committee for CPC towards the APC,I was named a member without anybody discussing with me.i took a trip to Abuja to explain to other members that I was done with the CPC experiment and I was not going to participate in APC”.“I met El-Rufai and Hadiza Bala-Usman at 3G office and returned to Lagos.Some weeks after this encounter,I met EL-Rufai at Abuja Airport as we were both traveling to London on British Airways,I saw him and Dr Kayode Fayemi at the lounge and greeted them but EL-Rufai did not answer”.“As God would always show his sense of humor,we were assigned next seats to each other and we we didn’t exchange a word till we got to London .I was not surprised a year after that he started giving testimony as a Governor about how he started befriending killers and paying them compensations”.