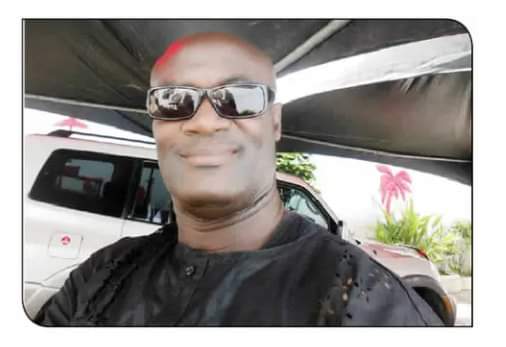 The acting Vice President of the Ghana Union of Traders Association, Clement Boateng, spoke to Journalists about the controversial $1m fee being enforced by the Ghanaian authorities on foreigners trading in the country

Nigerian traders in Ghana recently kicked against the payment of the $1m fee being enforced by the Ghanaian authorities, describing it as xenophobic. What’s your reaction to that?

I don’t see any controversy surrounding this law (Ghana Investment Promotion Council Act) which was passed by our (Ghanaian) parliament in 1994. It used to be $200,000, then the law was reviewed and it came to $1m, which you have to provide in cash or in equity if you want to enter the retail business. What is happening is, over the years, those who are supposed to enforce the law, that is, the GIPC (Act), have relaxed and they have allowed foreigners to flout the law with impunity. The Ghana Union of Traders Association has, over the years, complained to the authorities to try as much as possible to enforce the law, so that they can sanitise the retail industry. It is not that we are driving foreigners away.

This afternoon (Tuesday), I saw a press conference by your (Nigeria’s foreign affairs) minister and some of the people who spoke were saying there is a xenophobic attack in Ghana, which is completely false. There is no xenophobic attack on anybody or any foreigner, not even Nigerians in Ghana. It is just that the authorities have found a need that they must try as much as possible to enforce the law. We have a lot of foreigners who have complied with this law. There is even one Nigerian man who deals in lights; he has complied with the law and we don’t have any problem with him. He is doing his legitimate business. But we cannot stand by while the foreigners flout this law with impunity when they have not satisfied the law by providing the $1m either in cash or in equity and still continue to do the retail business to the detriment of the indigenes. We cannot allow this to continue.

The Nigerian Government faulted the Ghanaian trade policy as it could be in breach of the Economic Community of West African States Protocol which promotes trade among citizens of member states. Is your union not concerned about that?

It does not have anything to do with the ECOWAS Protocol. The ECOWAS Protocol does not supersede any country’s sovereign laws and that is all the more reason why Nigeria found it necessary to close its borders without even giving prior notice to the other members because Nigeria found it necessary to protect its local industry. And up till now, it has not found it expedient to open the borders and nobody has complained. So, why is it that Ghana is enforcing its laws and Nigeria is complaining? We don’t understand. It is a matter of applying the law and it is not (applied) to Nigerians alone. It is applied to all foreigners. All foreigners who have not satisfied the requirement of the law are being asked to provide their documents for the authorities to scrutinise. If you provide your documents and they (Ghanaian authorities) scrutinise them and see that you have complied with the rules and regulations of the law, they allow you to operate your business. If you don’t comply with the rules and regulations of the law, your shop must be closed and that is exactly what the task force is doing.

The Nigerian Government said it had reached an agreement with Ghana on the GIPC regulations over a year ago. Is your union not aware of that agreement?

What agreement? As far as I’m concerned, there has never been any agreement. When the (Nigerian) borders were closed and our foreign minister came to Nigeria to see the authorities there, they said the Ghanaian authorities should provide documentation of goods that were locked up at the borders. The Ghanaian authorities came back and provided them with the documents and they all agreed that there was going to be a passage for goods that had been locked at the borders to either enter or exit Nigeria. Since those documents were brought to the Nigerian authorities, what have they done about it? They (Nigerian authorities) are protecting their interests, so Ghana is also protecting its interests. What is the big deal about it? There has not been any compromise; there has not been any agreement, as far as we are concerned.

You made mention of Nigeria’s closure of its borders. Is this action by the Ghanaian government retaliatory?

It is not retaliation. From the outset, we have said Nigeria has got the right as a sovereign country to do whatever they want to do to protect their local industry because the reasons that were given for the closure of the borders were that there was smuggling of rice at the Benin border into Nigeria, which was affecting their (Nigeria’s) local production and also that there had been, I think, smuggling of ammunition into Nigeria. But our problem was that if Nigeria was going to close the borders, it was fair that it informed the member states of the ECOWAS Commission and gave them prior notice on the closure of the borders so that whoever was doing business must have finished by that day. So, we don’t want Nigeria to link the closure of the border with the closure of the shops (in Ghana), which is happening now. They are two separate issues. The authorities found it necessary to enforce the law. Previously, it was the GUTA that took it upon itself to lock the shops. But this time round, we are sitting back and it is the authorities themselves that are doing the closure of the shops. So, what’s the big deal about it?

What is the relationship between your union and your Nigerian counterpart?

I wouldn’t say the relationship has been cordial. It is not cordial because any time the president of the Nigerian traders association in Ghana meets with the press, he tries as much as possible to insult the GUTA. There are several instances where he used unprintable words against us and if we say we want to retaliate, it might not augur well. So, any time he finds it necessary to use unprintable words, we don’t say anything. As a foreigner, you are flouting the laws with impunity and you find it necessary to insult us? Fine, we will not say anything. You go on with your insults.

What is your reaction to reports that Ghanaian traders are hostile to their Nigerian counterparts and ask them to return to their home country?

That is not true; nobody has attacked anybody. It is only that yesterday (Monday) or three days ago, when they went to lock the shops, some of the Nigerians were resisting; they said they would not come out of the shops for the authorities to lock the shops and there was a little bit of confrontation between the security people and some of the traders. But nobody attacked anybody. That was why I said it is a complete lie to say it is a xenophobic attack.

In viral video, a Nigerian whose shop was being locked up claimed that he had made several payments to enable him run his business. What are the payments involved in the GIPC law?

That has to do with one aspect of the law because the task force that is going round is made up of governmental agencies. The Ghana revenue authority, immigration, customs and the registrar general are included. So, when they come, you have to provide all these documents: resident permit, work permit, taxes paid and customs duties. The fact that you have paid your tax does not mean you should be exempted. You should be able to provide the GIPC certificate also. The fact that you have paid your tax or duties does not end it all. The biggest requirement of all these is the GIPC certificate. So, if you have all these documents and don’t have the GIPC certificate, you don’t qualify.

Nigerians consider the $1m fee too high. What exactly is the money for?

It is an investment law that was passed by (the Ghanaian) parliament. It is not even only the $1m that you have to provide. You have to even employ 20 skilled Ghanaian workers. You should ask them (Nigerian traders) whether they have employed up to five or 10 skilled Ghanaians. So, for the $1m in cash or equity, if the Ghanaian authorities find it necessary to attach it to the investment, and a lot of people have satisfied it, I don’t see the reason why if you really mean to do business in Ghana, you can’t satisfy it. You can’t just go to somebody’s country and establish (a business); you are supposed to satisfy the rules and regulations in that country. And if you are able to satisfy it, you will do your business freely without any stringent measure attached to it.

The Nigerian government said it may consider reciprocity if it is established that your country’s action contravened the ECOWAS Protocol. Are you worried that that could have an adverse effect on Ghanaian traders since both countries are trade partners?

We are not worried. If there is any Ghanaian who is doing illegitimate business in Nigeria, it is incumbent on the Nigerian government to apply the laws of the land there. It is as simple as that. They (Nigerian traders) appear not to be satisfied but they cannot dictate to the people of Ghana to come out with laws which will satisfy them. The only thing they have to do is to try as much as possible to meet the requirements. If you meet the requirements, you are free to do your business. But if you don’t and you want to cut corners, that one is unacceptable.