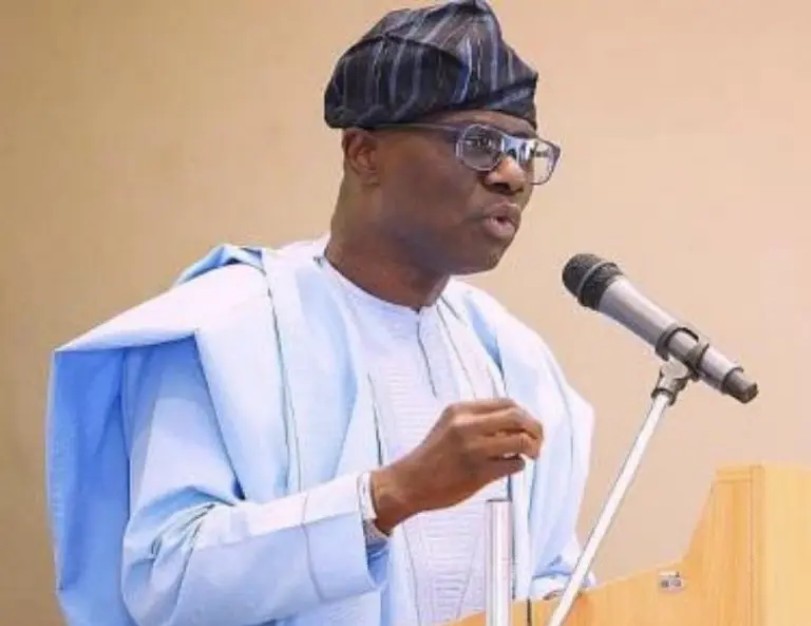 The recent appointment of Dr. Ifeanyi Chukwuma Odii by Gov. Babajide Sanwo-Olu as a board member into the governing council of Lagos State University (LASU) has enjoyed the kudos of many people especially men and women of Igbo extraction. It is proof positive that Gov. Babajide Olusola Sanwo-olu has his hands wide open to receive all and sundry.

Not willing to hide his thoughts about this new development, the President of Ohanaeze Ndigbo in Lagos, Chief Solomon Ogbonna Aguene granted a brief interview with Oki Samson of Trek Africa Newspaper to express his joy about the appointment of the Ebonyi son. ‘The appointment of High Chief Ifeanyi Chukwuma Odii has a board member to the governing council of the Lagos State University is a great joy to all Ndigbos in Lagos and in the Southeast.’

‘It shows that Igbos are remembered and it is proof that the young man was appointed based on his antecedent as a philanthropist for humanity sake and not for show off, political ambition or intimidation of his contemporaries. When he does his things, he will usually tell people ‘don’t tell anybody I am the one, don’t call my name, the glory goes to God’. Most times, he doesn’t even allow media to cover his philanthropic gestures, he doesn’t like it. we can only ask for long life and good health for him throughout his life.’

A successful businessman, Dr. Ifeanyi Chukwuma Odii with vast interest in manufacturing, marketing, real estate and construction, haulage and logistics, among others, is respected for consistent and widespread philanthropy under the Ebele and Anyichuks Foundation. Paying credence to the philanthropic gestures of the Founder/CEO of Orient Group of Companies, Chief Solomon Ogbonna Aguene said:
‘Doing good is what people should emulate irrespective of whatever you have in mind. Don’t emulate bad things because, there is no profit in it. I don’t believe that what he is doing, he does for politics. He does it in Lagos, Cross rivers, Anambra, Abia and he is from Ebonyi state so if it is for politics, he should be doing it for Ebonyi people only. He is not among the top 10 richest Igbo people but what he has done is quite big. He has built standard schools, hospitals and flats of bungalow in his area yet has not built his own house in his village. He says what God has directed him to do is what he is doing. The name of his village is Izu in Onicha LGA of Ebonyi state.’

The Ohanaeze President, Chief Solomon Ogbonna Aguene also showered encomium on the personality and performance of Gov. Babajide Sanwo-olu, ‘We, Igbos use the opportunity to commend the efforts of Gov Babajide Sanwo-olu for carrying everybody along in Lagos state, irrespective of where you come from. Like I always say that he is one of the best governors that I can testify of his administration.
I sincerely thank Gov. Sanwo-olu so much, he is a man that keeps repeating good deeds that are beneficial to humans and wipe tears off the face of people. Before you finish talking about one, he has done another. He is doing what Jesus Christ has taught us to do.’

On recent sharp attacks at his successes as the no. 1 Ndigbo in Lagos, Chief Solomon Ogbonna Aguene remarked: ‘There is no way you will do good without encountering opposition or blackmail but I know truth will stand as original while lie is like China product which fades.’

‘I, Chief Solomon Ogbonna leverage arts, culture and tradition. This makes me not to know the difference between Hausa, Igbo, Yoruba or any other, I make sure to bring everybody together. I am not worried. What I do is that I don’t answer the name that the enemy is calling me’, he concluded