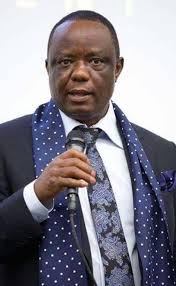 Benin City has produced many wealthy men, some of blessed memory like, Chief Francis Edo Osagie of Motel Benin Plaza, Chief Osakpanmwan Odia the rubber merchant, Chief Iredia the fish merchant of Blessed House fame, Pa JBS Bazuaye who is believed to have substantial stake in Coca Cola Nigeria, Chief F.S Uwaifo of Bight Engineering, Chief Ojomon, Agidingbi sawmills, Chief Obasuyi of Obayantor and many others whose legacy edifices and businesses dot the landscape of the City. One name you cannot fail to mention if you are writing the history of modern Benin is Chief Gabriel Osawaru Igbinedion, the Esama of Benin who in so many ways put his native Okada on the world map

I am sure many people do not know that the origin of describing commercial motor bikes as Okada derived from his Okada Airline in the 80s and 90s with people comparing the ease of getting to their destination riding on a motor bike to how Okada Air spread over the skies of Nigeria at that time, ( Capt Hosa Okunbor was just an ordinary pilot just like a driver of commercial bus )

Add that to his present-day accomplishments of a University and teaching hospital, how much more a cultural icon can anyone be?
All of these men carried themselves with some level of decorum and self respect that if you never had any reason to cross their path, you will not know who they are. Even Chief Igbinedion with all his flamboyance and elegance we are now finding out has been extremely modest compared to his achievements and world recognised status. Even in aiding his son Lucky Igbinedion to become governor of Edo state, it was with persuasion and not coercion. I have gone into this history because the people of Edo state and indeed Benin City have never witnessed the aggressive assault of a nouveau riche forcing himself down the throat of the public for acceptance as we are experiencing with Capt. Hosa Okunbo.  Okunbo has essentially in the past couple of months gone on a mission to not only subvert the will of the people, but has carried on like they do not have a choice and their voice does not matter because in his bubble, money is all it takes to control the destiny of a people.
All the rich people we know in Nigeria and Edo state in particular have all supported political candidates one time or the other, but we have never seen them competing for the stage with the candidate which has left many to ask who will be the governor? Capt. Hosa or Pastor Osagie Ize Iyamu? Perplexing to all is the media onslaught on the people by the businessman. He is the one printing banners for himself, releasing videos of himself, personalized magazines of himself, sponsoring self-adoring articles of himself, advertorial praising himself, sponsoring musicians and traditional orators to sing and speak in reverence of him. How this is a support of his candidate is a mind bender. This unravelling is a case study for psychologists and very right-thinking people have been scratching their heads at the journey Capt. Hosa has recently embarked on.
Conventional wisdom would have told him that in so forcefully supporting his preferred candidate with the only selling proposition being money, Capt. Hosa has made it clear to all and sundry that Osagie is his lackey and so far the people of Edo state have shown a formidable resistance to that idea and are sticking with their belief in the institutional reforms that Gov. Godwin Obaseki has commenced and would need another term to entrench.
Capt. Hosa has released videos addressing himself as a stakeholder and statesman, professing love for the Binis and the people of Edo state.

The million-dollar question is why did he not support Eng. Chris Ogiemwonyi in the APC primaries if he indeed meant well?

That is a man who retired as Group Executive Director GED in NNPC (position of number two man in NNPC) & became a Minister of federal republic of Nigeria.

A great man with a managerial pedigree and a glowing history of many visible business success stories. That was obviously the most qualified person after the sponsored disqualification of Obaseki from the APC primaries. It is safe to therefore suggest that Capt. Hosa has inferiority complex issues as he is only comfortable with those that survive on his benevolence.

Engr Chris Osa Ogiemwonyi like Obaseki I am sure have never had cause in both their personal and professional history to go ask Capt. Hosa Okunbo for any financial favour.

Otherwise we would have heard by now via Hosa’s numerous “news” outlets. It is common knowledge that Osagie Ize Iyamu has been perpetually plugged to Capt. Hosa Okunbo’s feeding bottle for over a decade hence the comfort that he can control him if Osagie is governor to the detriment of the welfare of the majority. Why is Capt. uncomfortable around independent Edos even when they have shown they have attributes that are people friendly?

There is also a jealousy and envy factor at play here. Indeed, Godwin Obaseki was like many successful Edo men and women in corporate Nigeria who come into Benin quietly and leave quietly and are unknown to many residents of the city except family. Are these not the same people Godwin Obaseki mobilized to raise the money that began Oshiomhole’s political journey in Edo state? These Edolites in corporate Nigeria are wealthy and of course the personal restrictions and professional responsibilities of their jobs many times leave no room for excessive junkets and lascivious lifestyles. So, it is true Obaseki was unknown to us until Oshiomhole introduced him as his candidate in 2016.

Suddenly the unknown Obaseki is taking the shine off the Capt. who thinks he is the best thing that has happened to Benin people since Plymouth bread. Inside his hubris and self-aggrandized filled bubble, urged on by his lazy handout seeking followers, he is the saviour of the Binis and a popular Gov. Obaseki is an injury to his ego. Capt. Hosa Okunbo is just finding out that he underestimated the world view of the average Edo man and woman because his judgement has been clouded by those whose only mission around him is what they can get now and do not care what happens to him in the course of this narcissistic travelogue.

There exists in his head a popularity competition with the Governor that only he is aware of while Gov. Obaseki is going about his work for the Edo people.
Another worrisome angle is the purported closeness of Capt. Hosa Okunbo to the very esteemed and revered palace of the Oba of Benin. Once again, the wise will expect that for that particular reason alone he ought to be of good behaviour and comportment all the time, because any action can be subject to all sorts of interpretation and will rub off on the palace.

To whom much is given, much is expected. Not all of us are privileged to be close to the palace, but it amounted to an abuse of that relationship when he invited his followers to that infamous show of shame at the gate of the palace. We have had chiefs and individuals as it is the general responsibility of every Edo man and woman supporting the palace with all forms of homage, but none as far I can remember have taken that to the low point of turning the environs of the palace grounds to a political battleground when they are not even the one on the ballot. That is an afront that no Bini man can stand and of course automatically works against his lapdog, Osagie that is on the ballot.
As I kept typing away, I just remembered the impact some other Binis have had on their people. Chief Eribo of Ribway factories had a rubber production factory and a textile mill which employed hundreds of people and Efionayi Iyayi was a timber magnate who built a school in his native Egba community and transformed the lives of his people.

These men never gave us cause to ask them what they were looking for in return for their deeds and endeavours because it was obvious to all that they cared deeply about the upliftment of generations that will come after them. Capt. Hosa Okunbo’s sinister conduct lately cannot be overlooked without asking the question; what is he looking for?

My conclusion is that I see a man who wants to be loved and accepted by all means, a man who thinks he needs to prove a point to people who do not care, but unfortunately, he is seeking this love and relevance in the wrong ways and in the wrong places. I hope he learns from the lives of some of the men I have mentioned here who have proven that leaving a lasting impression on your people is not carried out on the back of private jets, conditional offerings  and political desperation.