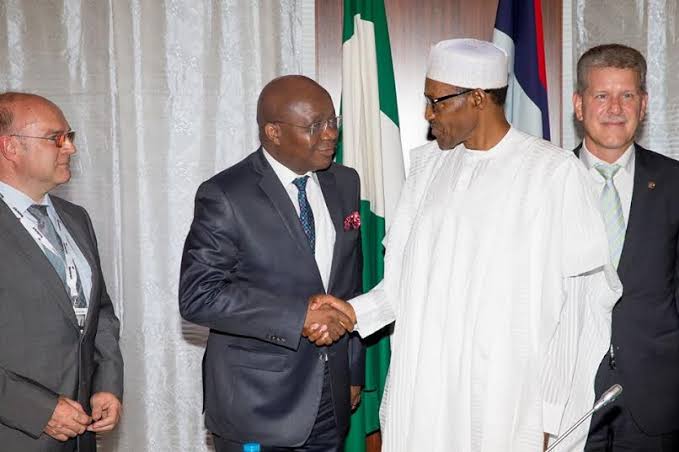 To some observers, Julius Berger, Nigeria’s foremost construction company, is known for excellence. Because of the quality of their work, they are the darling of successive governments in the country since they opened shop in 1970. Of German parentage, the company has brought to bear on numerous projects the German work ethic and dedication delivering world-class roads, bridges, airports, houses, among other turnkey projects across the length and breadth of Nigeria.
One of such projects is the Lagos-Ibadan Expressway which Julius Berger is handling a section: the Sagamu interchange to Lagos while Reynolds Construction Company is handling Ibadan to the Sagamu section. The road is one of the busiest in the country connecting the rest of Nigeria to Lagos, the commercial capital.
While there is expectation of a better motoring experience anytime the road construction is completed and inaugurated (no one knows when as dates have been shifting) the people commuting on that road daily are facing harrowing experiences. The traffic on the road has become legendary as a journey of 40 minutes to Lagos from Mowe, Ogun State may take four to five hours or a whole day in some cases. People travelling out of Lagos are also stuck most times and would rather wish they stayed back at home. People living in the border towns of Lagos and Ogun states are suffering in silence and dying slowly as a result of stress.
There are several issues involved. One is the slow pace of work by Julius Berger. If it is the Julius Berger of old, they would be working day and night to deliver that road in good time. But no. The current personnel of the company work only in day time, 9am to 5pm and observe all the public holidays like civil servants. There are also fewer personnel and construction equipment on the ground at each section they are working on. Two, such a road is supposed to come with an Environmental and Social Impact Assessment to know the effect of the construction on the communities living along that area and how to mitigate it. It seems this was never done. Or how else can one rationalise the fact that Julius Berger will lock in communities and deny them good access to their homes without providing an alternative route? The case of residents of Wawa, Arepo, Magboro and Ibafo are a typical example. The residents of these communities have been cut off from their access roads without any alternative. For instance, residents of Magboro are condemned to use very bad bush paths near PUNCH newspaper to a Chinese company on the left and another very bad road opposite Mountain of Fire Prayer City on the right. Both roads are at best bush paths and have been existing for years. As part of its ESIA, Julius Berger would have at least graded these roads to make them fit for vehicles to pass. People returning home from work late are attacked and robbed daily by hoodlums taking advantage of the bad roads. These roads are destroying people’s cars with the attendant high cost of maintenance. Can the management of Julius Berger do some palliative repairs on these roads to alleviate the suffering of the residents of these communities? There are growing anger and anguish among the people and it may soon boil over if nothing is done. It is most callous of Julius Berger to subject commuters and residents of these ‘border towns’ to untold hardship in the name of road construction. Something urgent has to be done to save the man-hours and lives lost on the Lagos-Ibadan Expressway on a daily basis.

More importantly, the company should increase the pace of work so that this all-important road can be delivered as a Christmas gift to Nigerians come 2021.