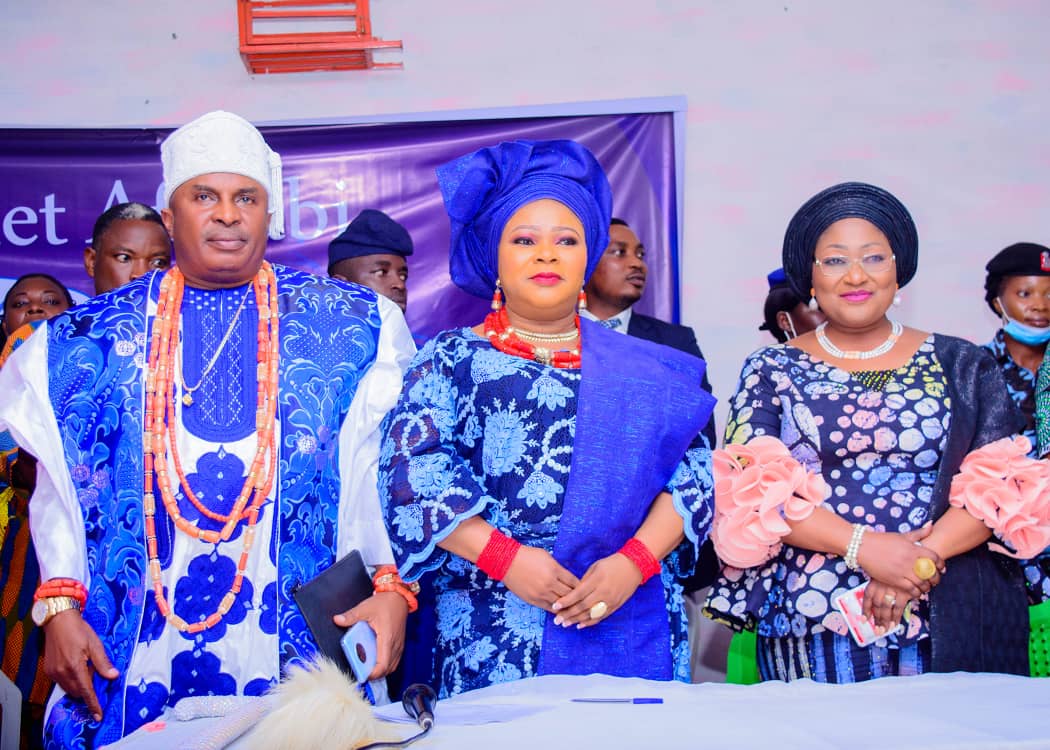 In her speech the first lady said ” l appreciate Olori Afolabi for her efforts at ensuring the take off of this project. I have no doubt that it would help to lift many women and homes out of poverty and enhance the standard of living in their homes. I call on other communities in the state which may not have this type of economic development mechanism to emulate Apomu women by floating their own cooperative bodies.

Others who attended the event were honourable Ayo Omidiran ,former house of representatives member,Majority leader,Osun state house of Assembly,the local government chairmen of Irewole,Isokan and Irewole North East LCDA,Mr and Mrs Femi and Kemi Titilayo,Founder and Directors of LEAD Transformation Initiative .
The event had over 500 women in attendence . The Iyaloja of Apomuland,who is the market women leader said ” this is the first time a project like this is launched in Apomu.

Apomu is the headquarters of Isokan government of Osun state. It was one of the earliest towns that made up the old oyo Empire. It was founded in 16th Century.