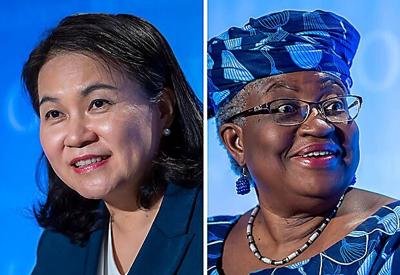 The race for the WTO director-general is still very much on.

Contrary to inaccurate information released online by an unidentified source, Dr Ngozi Okonjo-Iweala has not yet been declared winner.

As announced by WTO, the former managing director of the World Bank and South Korea’s Yoo Myung-hee are the final two contestants left in the race.

The winner should be announced in two to three weeks.

That remains the correct position.

Dr Okonjo-Iweala is appreciative and energised by the enthusiastic support of Nigerians.

And she is urging all to keep praying until the final whistle.