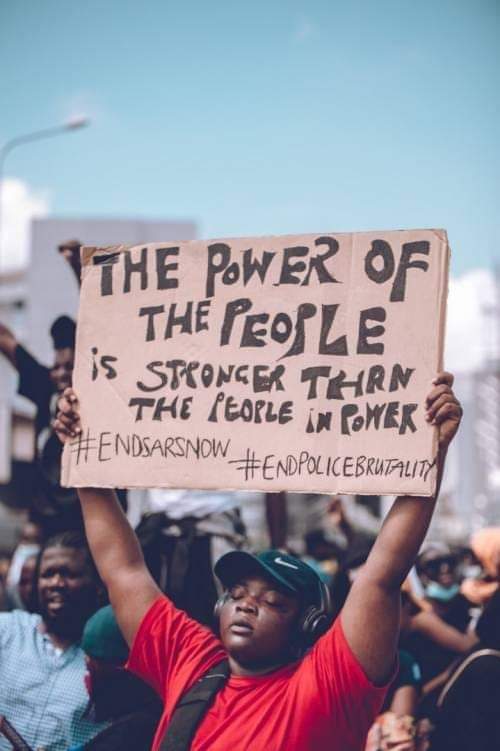 Founder of Twitter, Jack Dorsey, has expressed support for the #EndSARS protests rocking the nation.

Dorsey retweeted links for donations through his handle @Jack.

He tweeted, “#EndSARS. Flag of Nigeria.”

Dorsey also retweeted several articles that were favourable to the protests.

The Twitter founder shared a tweet by @Feministcoalition, a feminist group fighting against police brutality through peaceful protests.

The tweet read in part, “How to donate: 1) Bank transfers (Naira) 9951243245 Providus Bank Wallets. Africa-Wine and Whine Nigeria (2) You can also donate to us using a BTC Pay Server; a free, secure, and censorship-resistant platform. Visit the link below to donate https://donatebtc.feministcoalition2020.com.”

A Nigeria payment gateway platform, Flutterwave, which is led by a former Deputy Governor of the Central Bank of Nigeria, Tunde Lemo, had on Tuesday blocked the funding of the #EndSARS which had risen to N16.7m.

Lemo claimed the money was from questionable sources although reports had it that he made the move based on pressure from the CBN whose Governor, Godwin Emefiele, had been meeting with youths in a bid to quell the protests.

The alternative links for donation like the crypto currency, shared by Twitter founder could ensure that the source of funding would not be blocked.

However, Dorsey’s support for the protesters was heavily criticised by a former Presidential aspirant, Adamu Garba, who is a member of the ruling All Progressives Congress.

He tweeted, “Dear @jack. It’ll do you a lot more good if you stay away from Nigerian Politics. You should know that the so-called #EndSARS protest have transformed into political agitation, capable of breaking law & order in our country. You should not be a moral and financial sponsor to this.

“This is Nigeria; most of the demands initially presented were attended to by the responsible authorities. SARS no longer exists in this country. Your support for a disbanded entity was a needless interference. We cannot allow killings again in Nigeria in the name of protests.

“I understand that this may play well to your business, you have more content, more people and more activity on your platform, but to us is about life, peace and security of our dear country, we cannot allow you to be part of the people sponsoring disorder. We need peace and prosperity.

“I can see you are even sharing a link for people to donate money for this protest, an event capable of escalation beyond our already overstretched security management. If this protest continues to evolve into disorder (hopefully not) as a Nigerian citizen, we’ll meet in court.”

However, many on Twitter lambasted Adamu for his position, insisting that he should count himself lucky that Dorsey, who is the ‘landlord’ of Twitter, had allowed him to continue using the platform.

The words, ‘landlord’, ‘Adamu’ and ‘Jack’ have been trending on Twitter for the last three hours.

Youths have been protesting against police brutality and killings for over one week, grounding economic activities in major parts of the country.