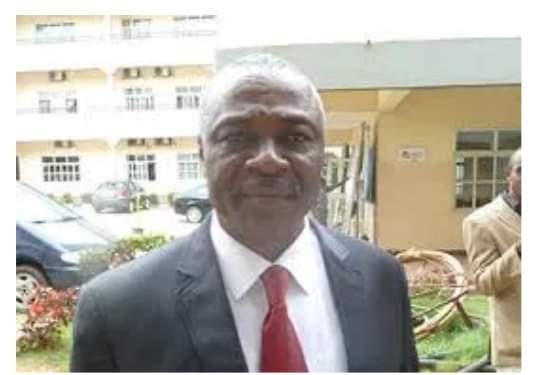 The Nigeria Union of Journalists, FCT Council, on Friday described the arrest and detention of Mr. Tom Oga Uhia, publisher of Power Steering magazine by the police as sheer display and abuse of power.

Mr. Uhia was arrested Wednesday night in a Gestapo manner by the men of the Force Criminal Investigation Department, (FCID), Abuja on the instructions of the Minister of State, Power, Mr. Godwin Jeddy Agba.

Prior to his arrest, the Power Steering Magazine publisher had sent letters to various European as well as American Embassies in Abuja raising alarm over his safety. In his letter, he had warned that his life was in danger given his expositions of corruption and fraud in the corridors of power which some top government officials were not comfortable with.

See copy of his letter

The NUJ therefore called in the Inspector General of Police (IGP) Mohammed Adamu to unconditionally release Mr. Uhia and advice Mr. Jeddy Agba to follow the due process of the law if he is persuaded he has any case.

The NUJ vowed that it will resist any and all attempts to stifle press freedom and gag journalists in the performance of their constitutional guaranteed role of holding government and its officials accountable to the people.

In a statement by Chairman and Secretary of the NUJ FCT Council, Emmanuel Ogbeche and Ochiaka Ugwu, respectively, the union noted that if the minister believes he has been either defamed or suffered libel, he should seek judicial remedy through the courts rather than resorting to abuse of power and privilege using the police.

The NUJ said; “It is obvious that recent events are not enough lessons to officials in power that there is always a day of reckoning. If the Minister of State, Power, Mr. Godwin Jeddy Agba feels strongly that he has suffered libel or defamation, what he ought to do is to seek legal remedy through the courts rather than using the police to arrest and detained Mr. Tom Oga Uhia, publisher of Power Steering Magazine for over 72 hours now without being charged to court..

“The NUJ FCT is not unaware of serious security challenges facing the country and urges the Inspector General of Police to channel valuable time and energy in confronting these issues including the growing nationwide protests against police harassment, brutality and impunity rather than arresting and detaining a journalist without being charged to court after 72 hours.

The NUJ assured that it would continue to forensically x-ray the activities of government officials and in particular those who believe they can use their positions to intimidate, harass, arrest and detain journalists for reporting on them.