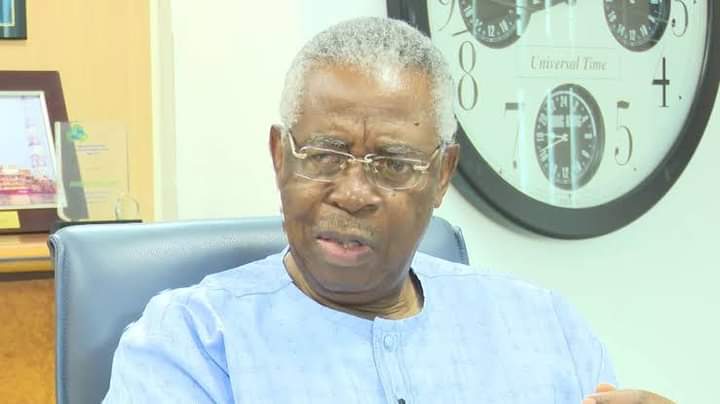 The National Christian Elders Forum, being piloted by a former Minister of Defence, Gen. Theophilus Danjuma (retd.), and other statesmen, has demanded that Nigeria should be renegotiated.

The NCEF also said the #EndSARS protests in the country was mismanaged by the regime of the President, Major General Muhammadu Buhari (retd.), because the army was released against unarmed protesters in the country.

While demanding that whoever authorised the deployment of troops to face the protesting youths should be court-marshalled for murder, the organisation said the government should take advantage of the protests rejecting police brutality to introduce state police.

These were contained in a resolution after an emergency meeting of the group on Thursday, which was made available on Sunday by the NCEF Secretary, Bosun Emmanuel.

The resolution titled, ‘#EndSARS – It is time to renegotiate Nigeria,’ read partly, “It is time to re-negotiate Nigeria. The time is ripe for Nigeria to be re-negotiated. The political imbalance in the country has produced nothing but sorrow, poverty, and death for Nigerians. The unjust and sectional political structure left behind by the British colonialists is no longer sustainable.”

Speaking on the protests, the group said, “NCEF wishes to express great sorrow at the recent events in the country which commenced with nationwide protests against the excesses of the Special Anti-Robbery Squad and climaxed in the death of some of the unarmed protesters, security personnel, and mindless destruction of properties. All the lives lost are Nigerian and there was no need for any of them to have died.

“There must be full National Assembly inquiry into the causes of death and destruction that trailed the peaceful #EndSARS protests…. The government must be fully investigated for the role played by security agents in transporting, and supervising vandals and thugs to attack the protesters

“The prison breaks and widespread arson should be diligently investigated as there are allegations of government complicity to discredit the protest.

“The current situation was mishandled by the government of President Muhammadu Buhari because the army was released against unarmed protesters in Nigeria. Whoever authorised the deployment of troops to face the protesting youths should be court-marshalled for murder.

“It is curious that a government that claimed it negotiated with terrorists and integrated them into the military could not negotiate with unarmed protesters but chose to shoot them. This double standard that is characteristic of the Buhari administration is condemnable.

“As the country mourns the death of the protesters, the security personnel, as well as other people who died as collateral damages, NCEF appeals to the youths to suspend any further public protest. The point has been made that though Nigerians are tolerant and patient, they are not docile.

“The government should take advantage of the protests rejecting police brutality to introduce state police. This is the appropriate step under the circumstances to ensure adequate and effective security nationwide and henceforth localise any case of police excesses to the states.

“The failure of government to declare state police at this point should be interpreted to imply that a centrally controlled police is desired by the government in order to continue to provide state cover for marauding Fulani herdsmen, kidnappers, bandits and Boko Haram.”