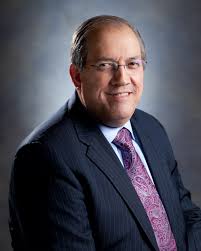 A memorial service is being planned for later this month.

Baxter was hospitalized Oct. 27 after testing positive for coronavirus.

Since then, people from around the world and a vast network of churches and ministries have been in prayer for him.

The Texas-based ministry kept partners and their immense social media following updated over the weekend about his condition until his passing was announced Tuesday afternoon.

Dave Robbins, co-host of Endtime’s television program, End of the Age, said Tuesday night, “Irvin went on to his great reward. We celebrate his life, but at the same time, there is sorrow, there is grieving.”

While Baxter’s passing was unexpected, the ministry is poised to continue. With Irvin’s guidance and blessing, Robbins has assumed a more active role in content creation and on-camera teaching over the last few years.

Many partners of the ministry had reached out to share their support and condolences for the family.

Baxter’s grandson and operations director, Vince Stegall, said, “While this was unexpected, it is amazing to feel the prayers and support from our friends and partners. There is peace knowing he has heard the words, ‘Well done, my good and faithful servant.’ It was a peaceful passing with family by his side.”

Similar to Robbins’ increased involvement, Baxter has been grooming Stegall in leadership, operations and strategic planning.

Irvin Baxter Jr. was a Pentecostal minister, televangelist, author and biblical scholar who hosted the internationally syndicated biblical prophecy television program, End of The Age, and, who also was the founder and president of Endtime Ministries, a Christian organization devoted to giving people peace and understanding by explaining current events through the eyes of Bible prophecy.

He was also an author, publisher, broadcaster and international prophecy teacher. Before he founded Endtime Ministries, Baxter served as pastor of Oak Park Church in Richmond, Indiana, for approximately 32 years.

The television show, End of the Age,reaches more than 100 million households in North America, in addition to satellite and internet distribution worldwide. Baxter leaves behind his wife Judy, three adult children, eight grandchildren, 10 great-grandchildren and a host of partners and friends.