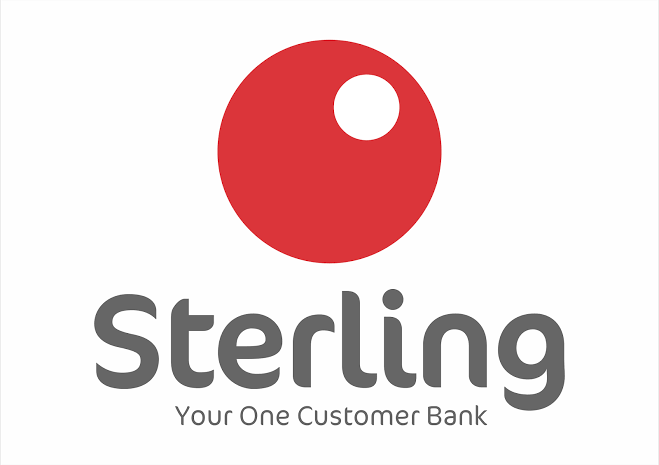 Justice Oluwatoyin Taiwo of Ikeja High Court in Lagos on Monday heard how Sterling Bank fraudulently debited the sum of N6 billion from one of its customers, Danium Energy Services Limited account.

The bank had allegedly claimed that the said company defrauded them of N1.8 billion in an earlier petition smartly filed with EFCC to cover up the fraudulent deductions uncovered by the firm.

A senior financial Accountant, Musibau Rufai, yesterday told the court that the company found out about this illegal debit through a forensic audit report of its statement of account drafted by Sterling bank.

Rufai, the financial Accountant of Danium Energy Services, said that the company and the bank had entered a joint merger in 2016 to acquire a tank farm in Akwa Ibom with a 40% capital by the company and 60% capital loan from Sterling bank at the rate of N195 to $1.

“But shockingly, the bank started debiting the company’s account domiciled with them at the rate of N496 for $1. We approached the bank to question why such debits were occurring on our account with almost 250% charges but no response was given”, the witness said.

It would be recalled that the Economic and Financial Crimes Commission, (EFCC), had arraigned Danium Energy Services and its Managing Director, Ogbor Kehinde Eliot alongside one Kevin Ejere Chris ( a former employee of Total Nigeria Plc) for allegedly attempting to defraud Sterling bank of N1.8 billion.

The trio is standing trial on a 5 count charge of conspiracy to obtain, obtaining by false pretense, and forgery.

The commission, following a petition by Sterling bank (the complainant), alleged that the defendants induced Sterling bank to deliver to Danium Energy Services ltd the total sum of N1.8 billion under the false pretense that Total Nigeria Plc vide purchase orders (PO) with reference NO: OPS/SUP/02/16/330 and OPS/SUP/02/33 dated February 3, 2016 contracted Danium Energy to supply 20, 000 metric tons of Automotive Gas Oil in two separate tranches of 10, 000 metric tons each valued at N2.3 billion.

The EFCC alleged that the defendants, sometime in 2016, with intent to defraud, conspired amongst themselves to obtain the sum of N1, 820, 496, 000 by false pretense from Sterling Bank.

The Anti-graft agency said that the defendants and knowingly forged a document titled: “RE: Offer for sale of Automotive Gas Oil (AGO) with Reference number: OPS/SUP/02/16/330 dated February 3, 2016, purported to have been issued by Total Nigeria Plc to the Managing Director of Danium Energy Services Ltd.

However, during the proceedings yesterday, the witness, told the court that the company and the bank had shared a cordial business relationship since 2014 until the recent fallout.

According to the witness, while being led in evidence, “Danium Energy Services Ltd is a company that engages in the business of importing petroleum products and oil & gas.

“Sterling Bank approached Danium Energy to discuss its intention to finance the company’s AGO transactions. It was the Manager of Sterling bank that visited the company basically to promote the bank by marketing its financial capacity.

” 2016 was a big year for Danium Energy Services as it topped the chart as number three in AGO importation and that record attracted the bank to them. The bank said it wants to facilitate and finance the AGO transactions of Danium Energy.

“I was the Financial Accountant of Danium Energy and Services ltd, at the time when Sterling bank and the company wanted to acquire a Tank Farm in Akwa Ibom State. It was a joint merger: with Danium Energy having 40% capital and bank to bring the remaining 60% capital loan to purchase the Tank farm”.

When asked what led to the fraud petition by the bank to the EFCC, the witness said, “as at the time, the LC (Letter of Credit) was consummated at the rate of N195 to $1. But the bank was debiting the company’s account domiciled with Sterling Bank at the rate of N496 for $1.

“And Danium Energy disagreed with this pattern and approached the bank on different meetings because they were charging us at almost 250%.

“We decided to audit our account with a third party forensic auditor and later sent the report of the auditing to the bank so they can reconcile our findings but no response was made by the bank.

“The report of the forensic auditor revealed that Danium Energy Services had been wrongly debited to the tune of N6 Billion and not the other way round. And the bank has not refuted the forensic audit to date. The bank is actually owing to our company.

“When we approached the bank, they became hostile and began threatening our company. They even employed the services of a security company to intimidate us and took over the Tank Farm.

“They are still operating on the Tank Farm now. They threatened to sell off our assets because we have sufficient assets to offset the loan and we went to defend it by instituting a lawsuit against their actions.

“After the suit by Danium Energy Services against the bank at the Lagos State High Court, the matter was revered to mediation under the supervision of the Attorney General and commissioner of justice. The bank refused to attend the sessions because they insisted that we produce the forensic auditor that made the report.

“Their refusal to attend stalled the meetings for weeks and we asked them to give us the original statement of account of Danium Energy but they refused. The bank specifically instructed the mediator not to show us the document. It was then we realized that they didn’t want us to settle.

“Sterling bank thereafter headed to court to charge us for fraud,” the witness said.

CityPulse reported that, the Defence witness, a former financial account with Danium Energy Services, testified that a forensic auditor’s report on the account statement of Danium Energy Service Ltd, domiciled with Sterling Bank was illegally and wrongfully debited to the tune of N6 billion; a claim which the bank has not refuted.