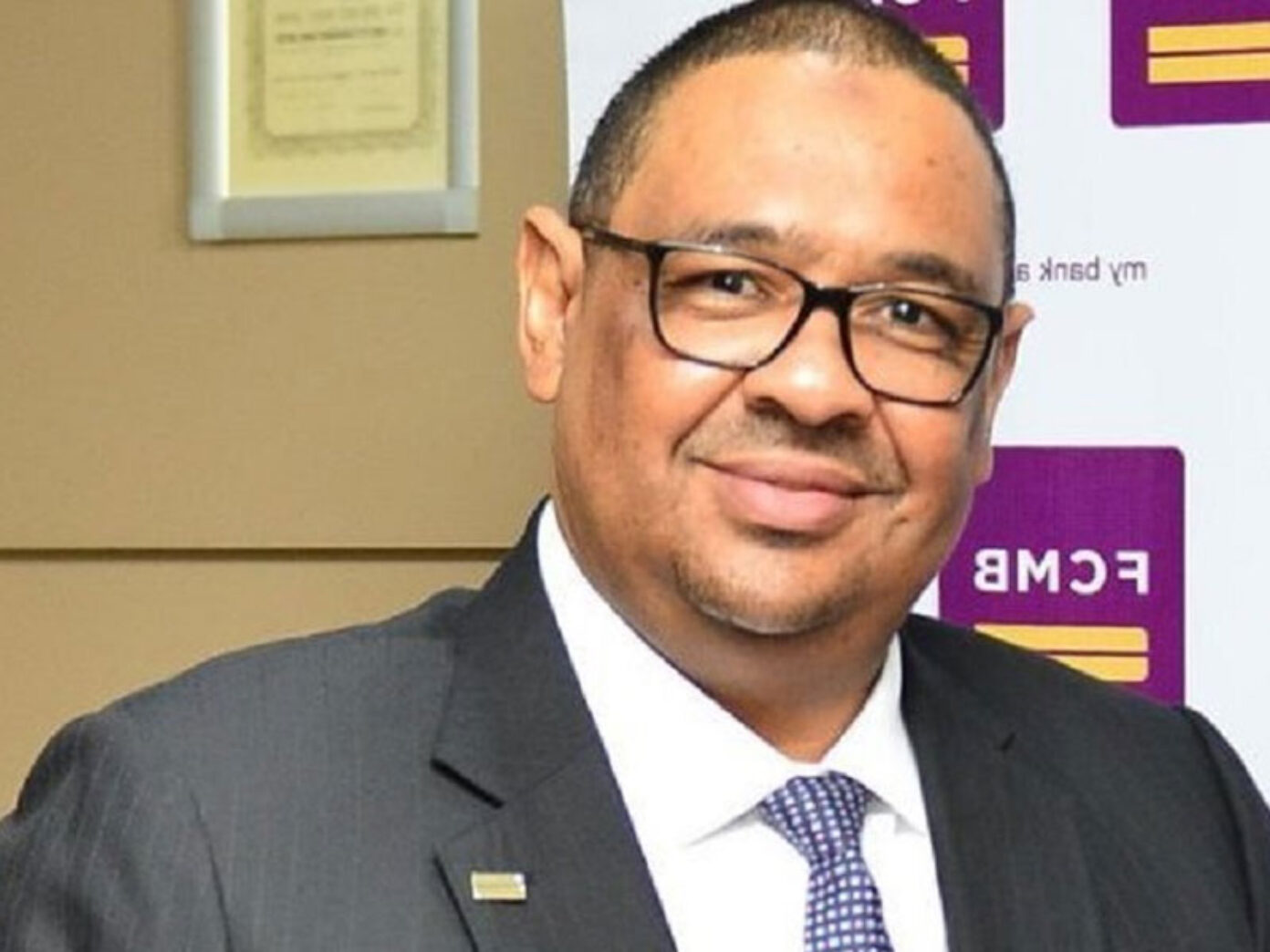 This is not the best of seasons for the managing director of FCMB, following a petition by a pressure group on change.org calling on the Central Bank of Nigeria (CBN) to sanction the banker over what they described as “indecent behaviour”.

It could be recalled that Adam Nuru was alleged to have reportedly laundered N573 million for Ibrahim Magu, suspended chairman of the Economic and Financial Crimes Commission (EFCC).

But FCMB had since denied the allegations, stressing that the transaction was done in error.

In the sex scandal petition, it was alleged that the said Nuru had been in a romantic affairs with one of his employee who happened to be a wife of another banker who died recently following discovery that his (deceased) kids were apparently those of the FCBM boss.

According to report in Business Live, a group identified as JUSTICE FOR TUNDE THOMAS launched the petition on change.org.

As the sex story was narrated, it was alleged that the banker was responsible for Tunde Thomas’ marriage breakdown that eventually led to Tunde’s death few days back.

“Tunde Thomas died recently like about a week or two from depression. Apparently, kids from his marriage to Moyo Thomas belongs to wife’s boss (Adam Nuru, the current MD of FCMB). Moyo Thomas left Tunde to go to America with the kids, she told him kids were not his when she got to America. He (Tunde) was later down with stroke but recovered.

Apparently, Tunde met someone else he was going to remarry but apparently didn’t recover from the first Marriage issues. Tunde was just made director for the MFB he works for. Got back from work last week and had a cardiac arrest 2 days before introduction to pregnant new girlfriend.

This is a case of gross misconduct based on ethical grounds and an unjustifiable economic oppression by the elites (Adam Nuru) against the less privileged in the society. The MD has been doing everything possible to sweep this case under the carpet. We implore the Central Bank of Nigeria as the apex regulator and the board of FCMB to investigate this for the integrity of the bank and Nigerian banking industry. This is a case too many , while I agree that this is not the full story , the minimum will be an investigation into this unethical conduct by the current MD of FCMB Bank Adam Nuru”

More on the Sex Scandal:

“Tunde Thomas (alias Tunde Gentle), 45, died about two weeks ago from heartbreak. The two kids from his marriage were indeed fathered by a man without scruples or conscience, the current MD of FCMB, Adam Nuru who was his wife’s boss (MD) in FCMB. Tunde’s wife, Moyo Thomas (Nee Ojo), a useless an unconscionable adulterer was engaged in an office romance with her MD, a relationship that was well known throughout the organization as the lack of shame and decorum in both lovebirds made them to get carried away and to throw caution to the wind.
FCMB, an organization without proper rules or governance looked the other way while the open and unprofessional romance was going on between the MD and a subordinate staff of the same organization, a married woman.
The MD, Adam Nuru, who was supposed to be the chief Governance Officer and Chief Image Maker of FCMB spared no thought for the husband of this lady who was bringing up his (Nuru’s) two children while thinking they were his. He also did not think of the organization he was leading while engaging in this foul conduct, the scandal with which no ethical organization would want to be associated.
Tunde was so in love with and attached to his wife and children that he spent most of his resources on them. He took them to London and Dubai on holidays. He also spared no penny in putting them in the best schools. At the height of the shameful relationship and when the older child was about eight (8) years old, the lady suddenly resigned from FCMB and travelled to the US with the two children, ostensibly on holiday. It was when the school session started in Nigeria and the children were not returned that Tunde started asking questions and the lady finally summoned the shameless courage to tell him the children were not his own. She then went to the extent of filing for asylum in the US on the ground of marital violence in Nigeria, against a man known to all men by his gentle and easygoing disposition. Her aim was to get the Green Card and to also get Tunde to be barred from entering the US, so she would not have to confront him to look him in the eye and tell him to his face the evil that she had done to him. Within a few months of hearing this news, Tunde suffered a stroke at about the age of 42. He recovered from the stroke but became a shadow of his former self. He would often shed tears from the blues.
Recently, he tried to pick up the pieces of his life and started another relationship with a lawyer lady. Tunde had invited some friends to accompany him to visit the lady’s parents on 26th December. They were planning the materials to take along for the visit but alas, it was not to be. Tunde got home from work in the night of 15th December only to collapse by his staircase and die immediately. Autopsy report puts the cause of death as heart failure.
The wicked souls, Adam Nuru and Moyo Ojo (later Moyo Thomas) have done their worst, the death of an innocent man, and their hands are dripping with his blood. God will demand it of them.
In the meantime, the family and friends of Tunde Thomas (alias Tunde Gentle) hereby wish to bring this shameful conduct to the knowledge of the Central Bank of Nigeria (CBN), the board and management of FCMB and to members of the public. We use this medium to call on FCMB to separate and detach its brand from this evil man, Adam Nuru, immediately. If this notice is ignored and Adam Nuru is at his desk in another two weeks from today 30th December 2020, we will be left with no option than to vehemently call the attention of the public to the abysmal lack of ethics in the organization and to advise the members of the public to withdraw their funds and banking business from FCMB”.

NB: “Tunde Gentle was buried 30th December 2020. He had worked in Oceanic Bank back in the days. He was one of the most gentle and yet, most friendly of all individuals, as many would testify of him.
He died as an Executive Director in an asset management company, GDL Asset Management Company Ltd. He was survived by an aged mother and siblings. May his truly gentle soul rest in perfect peace”.