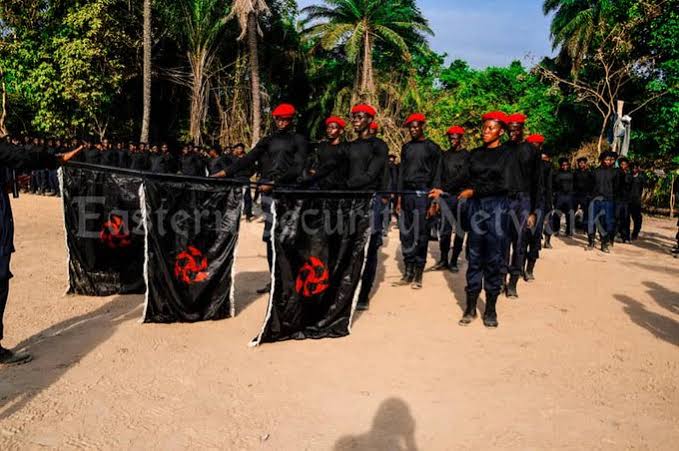 “As Coalition of Imo Progressive Stakeholders calls for withdrawal of military”

There have been tension and palpable fear in Orlu part of Imo State after a clash between a joint task force of the Nigerian soldiers, the police and a group suspected to be members of the Eastern Security Network at the early hours of today.

According to residents of the area, a joint operatives of the Nigerian army and police arrived the area and started shooting sporadically along timber market in Orlu local government of the state, forcing people to scamper for their lives.

It was gathered that group of youths suspected to be members of the Eastern Security Network (ESN) recently recruited by the Indigenous People of Biafra (IPOB), were said to be guarding the area against a suspected attack by the military.

However, not long after the arrival of the police and army officers, ESN operatives also landed, leading to a gun battle between the Police and Army on one side, the ESN on the other side which later turned into a bloody clash.

According to report, two soldiers were feared dead while more than 12 soldiers were said to be captured alive. The Timber market in Orlu has been shut down abruptly.

Meanwhile, Imo State Governor Senator Hope Uzodimma has imposed a dusk to dawn curfew in all the local government areas of Orlu to restore peace and normalcy in the area.

“We are calling on President Muhammadu Buhari to direct his Chief Of Army Staff to order the withdrawal of soldiers in Orlu with immediate effect”.

The group further called on Imolites not to engage in any act capable of threatening the peace of the state.