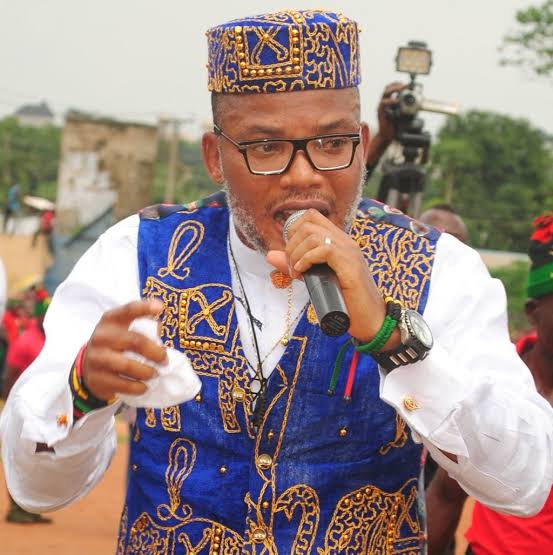 The leader of the Indigenous People of Biafra, IPOB, Mazi Nnamdi Kanu has said that Igbos does not have anything against the Hausas in Nigeria because they (Hausas) have displayed civility in dealings with the Igbos.

He also said that it is the Fulani’s that have been giving the Igbos and other tribes in Nigeria problem, adding that they now want to bring in Hausa into the problems they allegedly created in Nigeria, with the term, Hausa-Fulani.

The IPOB leader also called on the Hausas not to allow anybody to drag them into the problems allegedly created in Nigeria by Fulanis now that they have resorted to the use of the term, Hausa-Fulani.

Mazi Kanu in a statement entitled “They are scared ain’t they? Listen to them. IPOB is a monster!” he issued through IPOB’s Media and Publicity Secretary, Emma Powerful, said that; “Since 2015 all we have been hearing is Fulani this Fulani that, but due to the heat coming from God’s chosen Children of Light, IPOB, they have resorted to their usual deceptive Hausa-Fulani combo in the hope of hiding under the usually civil and well behaved Hausa to evade the wrath of the people.

“No wonder they hastily resorted to mouthing their usual nonsensical Hausa-Fulani overnight.

“I wish to place it on record and for their, Fulani information, that we Biafrans have nothing against Hausa people. Hausas are people I respect and admire immensely. Hausa in the main good people.

“That was why we Biafrans elected a Hausa man twice to be our Mayor in Enugu, yes twice. They won’t tell you that, would they?

“The problem of Nigeria is Fulani people with their conquistadorial mentality. The only thing standing between these Fulani herdsmen and their total conquest of Nigeria is the IPOB.

“Again, listen to this man very carefully to confirm that only IPOB is the saviour of indigenous populations in Nigeria and that is why IPOB is the only entity these killer and terrorist herdsmen, the caliphatarians are afraid of.

“One day, Nigerians will come to appreciate the fact that it was IPOB that saved all of them at the hands of these people from the foothills of the Futa Jallon.”

“Without apologies, Eastern Security Network ESN, has forever come to stay, and we do not owe anybody any explanation on it.”