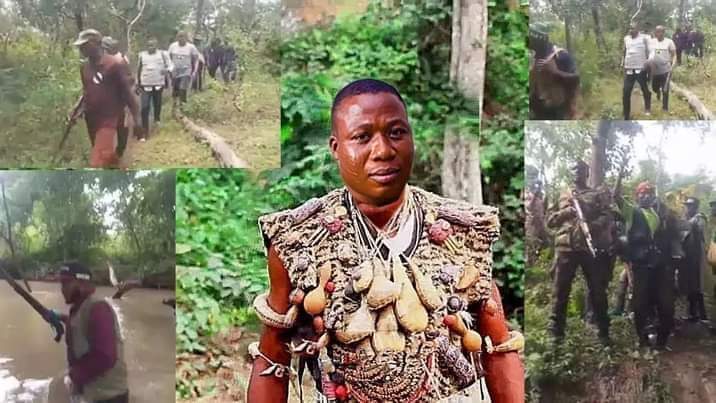 There is renewed tension in the Ibarapa North Local Government Area of Oyo State following the alleged takeover of two villages by some herdsmen.

The two villages, Kajola and Gbagba Idere, are located in the Ayete Local Government Area of the state. Residents of Ayete said that a Fulani herdsman, Iskilu Wakil, was asked to leave the area because he did not buy the land he was occupying.

This was said to have infuriated the herder, who claimed he was a combatant with arms and ammunition. The Asawo of Ayete, Oba Emmanuel Okeniyi, said those who have farms in the villages had fled the places over fear that they might be attacked by Wakil. Oba Okeniyi said,

“They asked him to leave the area.

I don’t think he bought the land from anybody and the owners of the land asked him to leave. But rather than leave, he has become a terror. The Fulani there usually destroy their (hosts) farms. “The farmers in the villages have fled their places, they are just loafing about now.

The state government has deployed Amotekun personnel in Ayete. They came yesterday ( Friday) but I haven’t heard that they have gone to those villages.” A resident of Ayete added that Wakil and his followers barricaded the road leading to the villages, adding that they threatened to shoot dead any villager who moved close to the place. He said, “This started three days ago.

The villagers have fled the place. The Amotekun personnel deployed by Oyo State Government are in Ayete, they have not gone to those villages. The police are not going there despite the several distress calls made to them.

“One of the sons of Seriki Fulani who fled Igangan told me that Yoruba people should bring Sunday Igboho to face Wakil. He said he would finish him and his followers.” In a related development, it was gathered that there was tension in Igangan on Saturday following the alleged attack on a 65-year-old man, Adekola Adeyemo, and Jamiu Saedu, aged 30, by herdsmen.

The two of them were said to have been attacked with machetes so they sustained cuts on their heads.

They were said to be sleeping their house when two herdsmen attacked them and inflicted injuries on them with machetes. One of the prominent indigenes in Igangan, Mr Taiwo Adeagbo, said the two victims of herdsmen attack were admitted at Fumilayo Clinic, Oke Ola and that the case was reported to the Divisional Crime Officer.