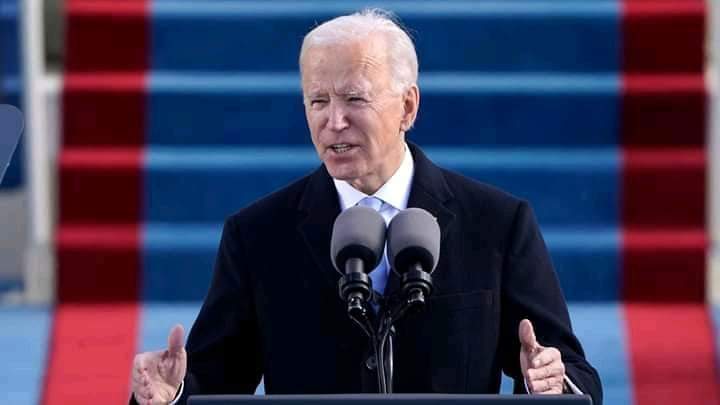 The Pentecostal Fellowship of Nigeria has said the country has the right to implement anti-gay regulations as an independent nation.

Former President Goodluck Jonathan had signed the Same-Sex Marriage (Prohibition) Act in January 2014, prescribing between 10 to 14 years in prison for cohabitation between same-sex sexual partners, public show of same-sex relationship, registration, operation or participation in gay clubs, societies and organisation, amongst others.

Reacting in an interview with SaharaReporters on Wednesday, however, PFN’s National Publicity Secretary, Emmah Isong, said America as a democratic country should respect the stance of Nigeria on the issue.

He said, “Every nation is equal in the comity of nations.”

He added, “America is a country that believes in the tenets of democracy which is freedom of speech, and I believe that Nigeria is an independent nation, we are not a nation under America. We are not among the states under American nation. We have the right to be anti-gay, I believe no one can sanction us for that.

“If they sanction us for being against gays, we can sanction them for believing in it. What is wrong with us sanctioning America? What is this about sanctioning against us? The worst thing they can do is raise their visa fees and we raise ours too and they reduce it and apologise and we also reduce ours and apologise.”

Isong also said the United States was capitalising on Nigeria’s hypocritic stance on the issue.

He said there are many LGBTQI+ persons in Nigeria who have even revealed their identities on social media and no arrests have been made.

According to him, if such persons are arrested, the United States would not think of extending such laws to the country.

He said, “Nigeria is hypocritical, they treat the gay movement with cheap blows. You can see a lot of people parading themselves as transgenders, cross-dressers and gay people; no police have arrested them. There is no single police officer that has arrested any cross-dresser in Nigeria, so how do you think America will not capitalise on that and say what they want to say?

“Nigeria has hundreds of cross-dressers, you know them, have the police arrested any of them? Why are we calling ourselves an anti-gay country if we haven’t arrested one cross-dresser for once? These people post things on the internet, on social media, they are all over the place. No policeman, not even custom officer or even boys’ scout has gone to their houses to challenge their mode of life, neither Christian leaders nor Muslim leaders.

“So, if they are parading themselves freely on the streets, America can capitalise on our foolishness and emptiness and say what they want to say. I don’t blame them.”

The PFN National Publicity Secretary said the concept of LGBTQI+ is against the scripture, warning that no one should quote a scripture to support that way of life.

“Everybody knows it is against the scriptures. Anybody quoting scriptures to support gay is reading the scripture upside down, the Bible is very clear about man to man and woman to woman marriage. It says, for this purpose shall a man leave his father and mother and cleave to his wife which is the woman. It was Adam and Eve not Adam and Steve.”

He, however, said the decision has not been officially communicated to the government of Nigeria, hence he is not bothered about the information as he still takes it as a rumour.

“Let there be an official gazetted letter signed by the Secretary of State of the United States telling us to become gay, then we invite the president of the US to come and marry a man in Nigeria as his second wife. He must practise what he’s preaching, if the president of America wants Nigeria to practise gay, he should come and marry a man from here so we will know he means business.”