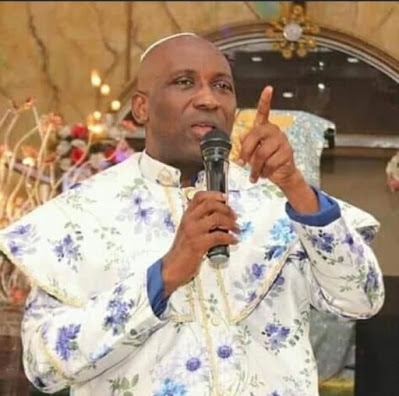 The leader of INRI Evangelical spiritual church, Primate Elijah Ayodele has once again proven that God is interested in every sector of life, even the tiniest part.

Some of his top prophecies about the sport sector has just been fulfilled with the victory of Amaju Pinnick and South African Patrice Motsepe in becoming a member of FIFA council and CAF President respectively.

Some weeks ago before the election, Primate Ayodele had organized a prayer for Amaju Pinnick after asking Nigerians to support him in his bid to become a member of the FIFA Council. No doubt, his prayers has been answered with the victory of Amaju Pinnick in the election held today March 12, 2021.

Also, On South Africa’s Patrice Motsepe, Primate Ayodele revealed that he has a good standing in becoming the CAF President, and all he needs is strategy to win.

‘There’s no credible candidate who can stand Motsepe. The South African will perform so well and help sports in Africa. It has been ordained that Patrice will turn out to be a very great representative for Africa.

“Pinnick however, will gain fame in the world of sports. There will be conspiracy and gang up against him that God will abort for him.

“On the day of election some candidate will step down for Patrice. The NFF president has said he will help Patrice to the CAF presidency and African sport will be well organized

As God will have it, Patrice Motsepe was crowned the CAF President today after his opponents stepped down for him.

No doubt, Primate Ayodele keeps affirming his call as a prophet with the continuous fulfilment of his prophecies