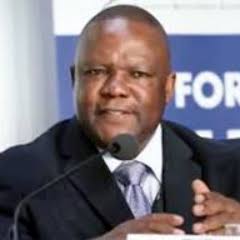 In an interview by Channels TV, the former presidential candidate has raised some salient points on the current insecurity and why the FG is unable to completely flush out the insurgents despite the numerous attempts.

In his words, he referred to the Abacha era as a golden era noting that there was nothing like the recent wave of insecurity.

He also wondered why bandits would shut down an entire stretch of an express road and stop citizens from traveling.

He stressed that the Abacha era was indeed, very much better than this era noting that Gen Abacha would not even tolerate what is happening at the moment.

He further added that what is happening now, is that the world powers have colluded with some groups of people to commit massive genocide in the country.

Mailafia said the former president, Olusegun Obasanjo had described this action as the ‘Fulanization’ agenda where these group of bandits from a particular ethnic group, were given weapons and with the backing of these world powers, asked to commit atrocities killing and raping unarmed people throughout the country.

He described this action as genocide since the fight was between the bandits and unarmed Nigerians. He also noted that the herdsmen, farmers’ clash had taken a dangerous dimension as the herdsmen had continually laid claims to people’s lands as grazing areas and had initiated fights whenever there was an argument.

Speaking further, Malaifa noted that in lieu of this, under the constitution and the laws of the federal republic of Nigeria, anyone who has been threatened by terrorist gunmen anywhere was allowed to, by all means, protect themselves using any means.

He, therefore, called on Nigerians to protect themselves from the bandits as anyone who is about to die has every right to protect himself.

He also warned the security agencies to allow the southwest activist, Sunday Igboho be.

He stressed that all Igboho was doing was to protect himself and his people and as such, should not be touched or the problems would escalate.