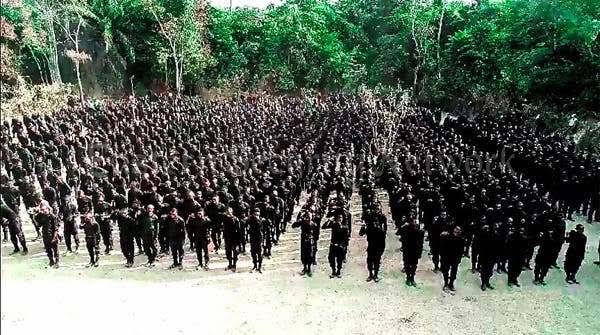 The Indigenous People of Biafra, IPOB, on Sunday declared that the Eastern Security Network, ESN, will soon storm the Northern part of Nigeria.

IPOB’s spokesman, Emma Powerful stated this in response to claims that Miyetti Allah was planning to deploy 5, 000 security operatives to the Southeast to protect herders.

Powerful described the plan as an insult which would not be allowed to stand in the Southeast.

The IPOB spokesman warned that the group would take drastic actions if such step is taken.

A statement by Powerful reads partly: “The attention of the Indigenous Peoples of Biafra, IPOB, has been drawn to the threat by MIYETTI ALLAH to deploy 5000 jihadists to Biafra land to protect their cows and herders following the floating of Ebubeagu security outfit by South East governors.

“We consider this utterance as an insult to the entire Biafra and won’t tolerate it despite our grievances against the treacherous South East governors and the political elite.

“The South East Governors must understand that federal government of Nigeria sponsored Miyetti Allah to make this reckless utterance. The earlier they understand that IPOB is not their problem, the better. They should stop betraying us but appreciate our sacrifices in the defense of our ancestral land.

“The Miyetti Allah and their terrorists group should know that they shouldn’t play God for ever. They are trying to provoke ESN and IPOB to take a drastic action. IPOB and ESN are running out of patience with their insults. They should retrace their steps now! Let them come, we are waiting for them. Soon they will see ESN in the North.”