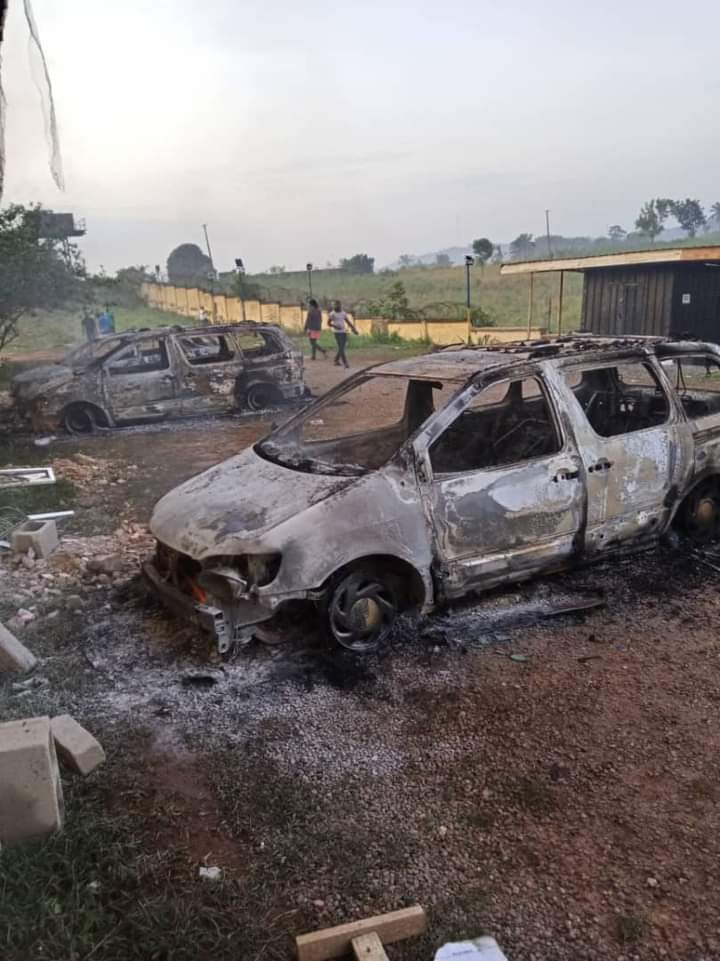 They razed some offices and scores of vehicles during the attack.

Reasons behind the attack could not be ascertained as of press time.

A police officer, who pleaded anonymity, said the hoodlums were rebuffed from getting into the armoury department of the place.

He said, “Our men prevented them from having ingress into our armoury. I can’t tell you the number of casualties now because we have scanty information about the development.”

A bystander said there was heavy gunshots before the offices and vehicles were set ablaze.