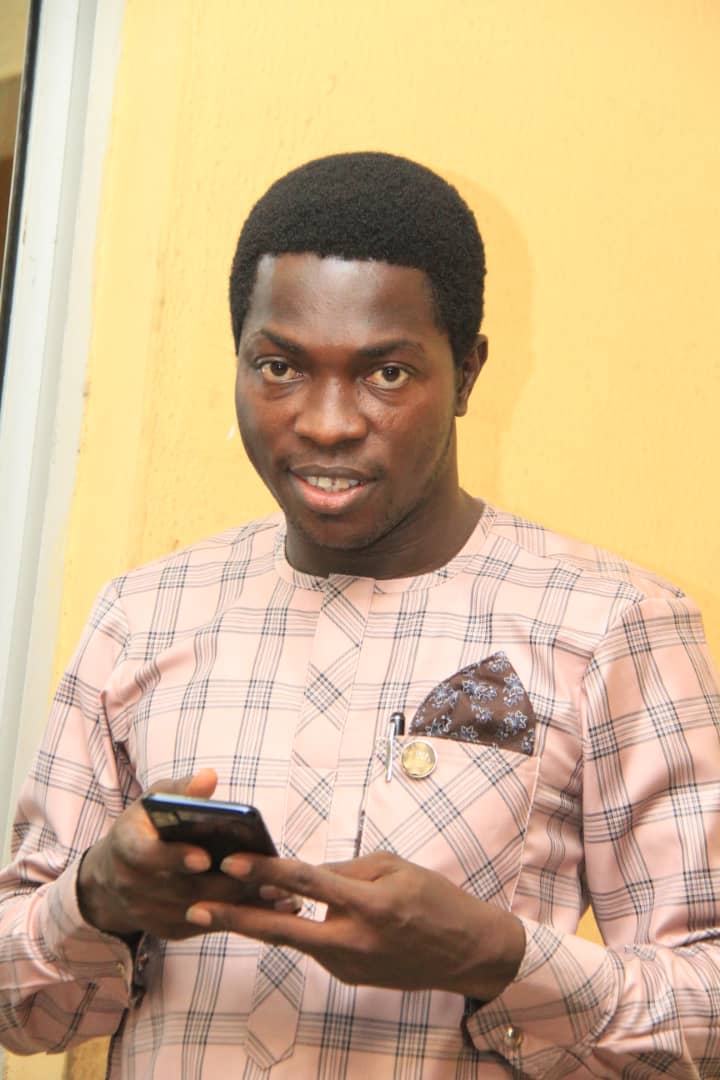 When the grace of God comes upon human effort, there is no doubting the exploits that are generated. The effulgence and excellence of the exploits that the life of one of Nigeria’s youngest and brightest media generals, Oki Samson O. is generating is a proof to the abundance that the grace of God can bring out of man’s dedication to an upwardly mobile lifestyle. Results don’t lie, only fools will doubt proofs!

For Olatunji, his consistency to doing what one knows to do best; his intentionality to seeing through a planned course of action; his painstaking effort to ensuring that the best foot is put into every aspect; his eye for detail in fashion, outlook, and personal grooming; his adroit prowess to portraying the clientele the best way possible, his cerebral nature at holding meaningful and productive conversations; his commitment to the fact that hard work pays after all; and his knack for delayed gratification is simply few of the exemplary characters that have distinguished him among a generation of media personalities that are wont to play a fast one for quick gains. These same qualities he encourages and desires that the vast community of youths under his influence should embody. He goes all the way to practice what he preaches! This is the Samson Oki that I know, I have worked with, and I have come to celebrate over the years.

That Oki Samson born on the 20th April. He is the MD/CEO of McKinggs Media (a media/PR, events, communication, and branding Company) with interests in publications, advocacy, publicity, photography, event, and talent development; the Publisher of Trek Africa Newspaper, Nigeria’s towering news weekly that goes the extra mile for the news with a focus on two key thematic areas of business and governance both in-print and online and have pursued the vision ‘to become a reputable newspaper brand out of Africa’ since its inception in 2014; and also the National President, National Association of Online Security Publishers (NAOSNP) are probably well-known.

Permit me to show you more!
Oki is an award-winning celebrity publicist and brand strategist that has worked over a decade with several high net-worth individuals, hugely profitable business organizations, and impact-making not-for-profit organizations. He has also over the years established himself as a brand reputed for excellence and integrity in the media world. As a freelance journalist with New Telegraph Newspaper, he distinguished himself under ‘The Megacity’ weekly column which focuses on issues around West Africa’s industrial hub and Nigeria’s commercial nerve centre, Lagos.

‘Mr. Sam’ as he is fondly called by his vast followership of youths is an authority in youth advocacy and youth development. The admirable orator has successfully mobilized the youths for countless community and national initiatives. He is very popular as a voice that resonates with the youths, owing to his numerous initiatives and programmes which keeps empowering several entrepreneurs and emerging young leaders. Two of the youth-centric initiatives are C. E. O. (Creative Entrepreneurial Opportunities) which spurs graduates into skill and enterprise development and the FOTA (Face of Trek Africa) a beauty pageant which brings the spotlight on the intellectual, enterprising and beautiful young African women.
It should be noted that he is the brain behind the annual Trek Africa National Discourse, Trek Africa Real Estate Summit and Expo, and Trek Africa Entrepreneurship Conference – all of which have become veritable platforms for charting innovation for enterprise development, industry growth, and nation building. With these platforms, he has succeeded in bringing eminent personalities and leaders across Africa including Liberia, Sierra leone, Uganda, Ghana, among others and has giving awards to deserving members of the public.

In fact, eight team members were in Monrovia, Liberia for one week in 2018 at the august invitation of the Government of Liberia led by His Excellency, President George Manneh Weah where they met and discussed with the Vice President of the country and the Mayor of Monrovia.
The media guru is a diehard and unrepentant follower of Nigeria’s foremost politician and former two-term Governor of Lagos State and All Progressives Congress (APC) national leader, Asiwaju Bola Ahmed Tinubu. He was a volunteer mobilizer for the Buhari-Osinbajo presidential campaign towards the 2015 elections. While he closely watched The Jagaban of Africa on the 2015 campaign trail as a media professional, the idea for the soon-to-be-published book ‘THE ICONIC BOLA AHMED TINUBU: AN INSPIRATION TO AFRICAN YOUTHS’ was birthed. Since then, as a co-author, he has pursued and pushed for the coming to the reality of the book with dexterity.

Born to a mixed Nigeria/Sierra Leone parentage in the early 80s, he derived his passion for African leadership, enterprise, and politics while studying as an accounting student at the Lagos State University (LASU), Lagos, Nigeria. He is married to Ayomiposi with a beautiful daughter.
Roll the carpet for the one of Nigeria’s youngest and brightest media general, Oki Samson Olatunji!

Welcome to a fresh phase!
Cheers to a new beginning. Beautiful Birthday Sir!