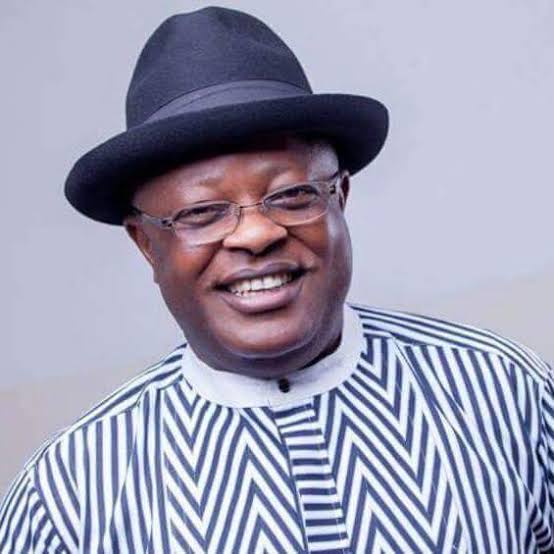 Governor David Umahi of Ebonyi and Chairman SouthEast Governors Forum, has alleged that criminals are now commiting crimes in the South-East while disguising as Indigenous People of Biafra (IPOB) and Eastern Security Network (ESN) members.

This position is contrary to his earlier stand, where all SouthEast Governors addressed IPOB and ESN as criminal elements. This recent shift is coming barely 48hours after United Kingdom acknowledged the persecution of IPOB and Biafrans by the Nigerian government and expressed their government’s decision to grant them asylum.

This unpredecented move by the British Government is causing diplomatic tension between the two countries, with Nigeria accusing the United Kingdom of betrayal, disrespect and insensitivity; while, Britain is maintaining their ground that they consider asylum cases on merit.

Umahi made the claim on Thursday April 22, on Channels Television live program.

The Ebonyi state Governor said these criminals claim to be members of the secessionist group so that the ‘persecution of IPOB and ESN by the federal government will cover them’.

“The truth of what is happening is that there are bandits everywhere; there are cultists everywhere. What happens now in south-east is that criminals who may not necessarily be members of IPOB and ESN, will go and commit crimes and they need a name. So it’s safer for them to say they are members of ESN, and IPOB so that the persecution of IPOB and ESN by the federal government will cover them.

“That is what is happening in south-east because IPOB and ESN have a number of times come out to say they are not into terrorism and violence, and the people burning police stations and killing are not their members. And so how do you reconcile the two?”