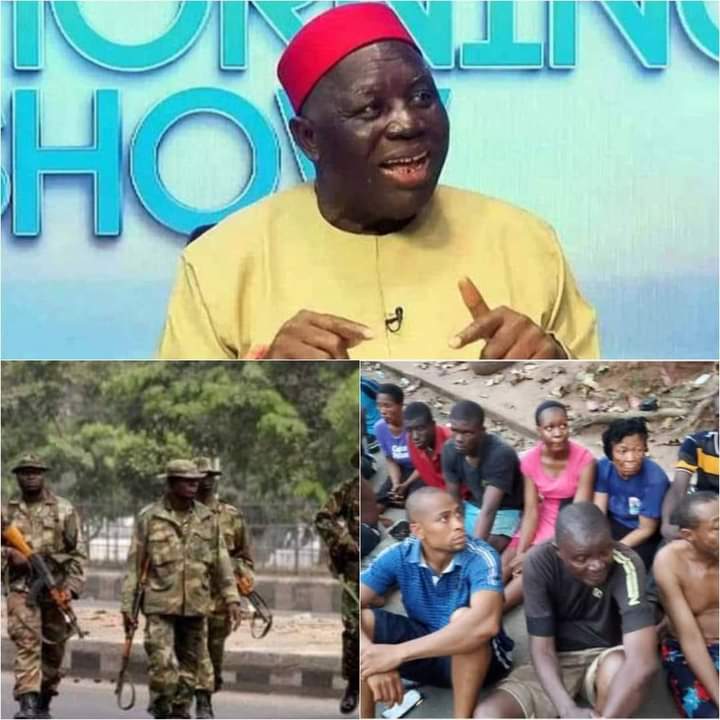 The Nigeria Army is reportedly cracking down on Igbo youths and secretly, transporting, murdering and burying them in unknown destinations, according to Ohanaeze Ndigbo, the apex Igbo socio-cultural organization.

Chief Alex Ogbonnia, the group’s spokesperson, said the Nigerian Army was labeling random youths in the area as members of the Indigenous People of Biafra (IPOB) and the Eastern Security Network (ESN) as an excuse to arrest and kill them without proof.

The Igbo apex body questioned why the military couldn’t go after gun-wielding criminal herdsmen attacking Igbo towns, kidnapping for ransom, murdering, rapping, and damaging farmlands instead of abducting Igbo youths from their villages, profiling them as IPOB or ESN, and transporting them to unknown destinations.

It said that what the army was doing was a deliberate effort by a military controlled by one part of the country to subdue the South-East in order for Fulani herdsmen to overtake Igbo communities.

The statement read, “The attention of Ohanaeze Ndigbo Worldwide has been drawn to ongoing massive arrests of Igbo youths by the Nigerian Army.

“The report indicates that the military personnel, suspected to be led by the 34 Artillery Brigade, Owerri, since Sunday have been arresting male residents and youths, particularly in Oguta and Ohaji communities and clamping them into vans and taking them to unknown destinations.

“Such action runs contrary to every sense of natural justice and rights of citizenship for the army to invade some Igbo communities in search of youths; most of whom are brilliant university graduates whose society has denied employment and sense of belonging.

“For the armed forces to arrest the Igbo youths without evidence of arms, means of violence or crime is cowardly, uncivilised and mostly unacceptable to Ohanaeze Ndigbo. We stand on a firm wicket that it is ruthless to arrest any Igbo in the guise of membership of a terrorist organization unless there is sufficient evidence of crime or unlawful possession of fire arms.

“We call on the Chief of Army Staff, Major General Ibrahim Attahiru to urgently stop the wave of arrests before it gives impetus to the proposal by the United Kingdom Visas and Immigration to offer asylum to person who actively and openly supports IPOB and likely to be at risk of arrest or detention, and ill-treatment which is likely to amount to persecution.”