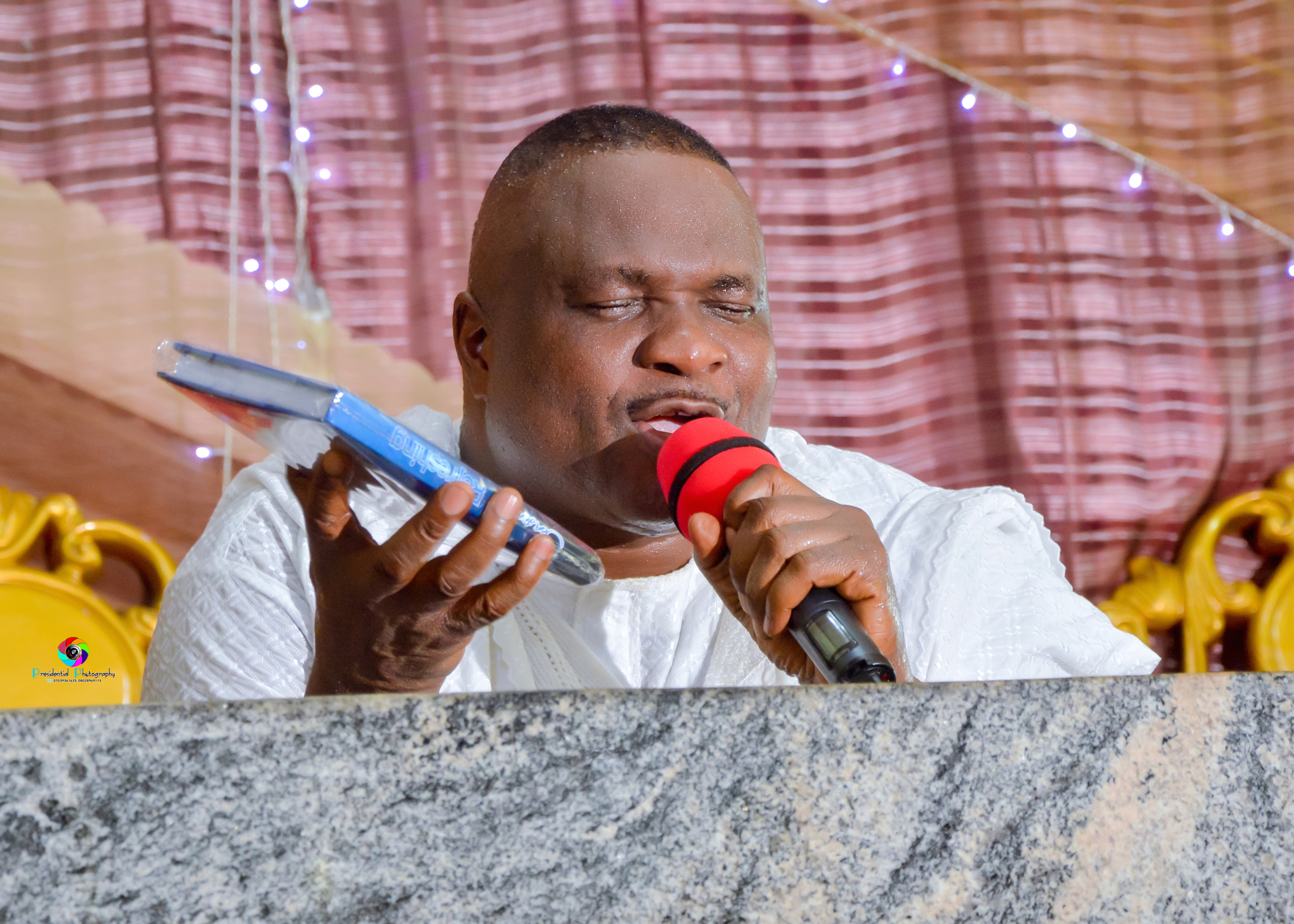 The erudite author released the ten chaptered book on Sunday, May 2, at the first joint celebration of fathers and mothers of Destiny Revival Church on the same day.

The event which was the first of its kind in the church witnessed joyous parents who were celebrated by their children with exchange of gifts amongst couples.

The two hundred and eighty two paged book, fortified with spiritual insights in ‘understanding the hour of darkness that precedes the season of refreshing’ brings to six the number of power packed award winning books under the Destiny Revival Book Series, which include all time best seller; Life Support (prayer compendium), Total Deliverance, Unfinished Battles, Breaking the Horns of Destruction.

Season of Refreshing, effectively captured and dissects the mystery of “weeping may endure for a night, but joy cometh in the morning”.
The author used the opportunity, to warn those expecting season of refreshing to be ready to engage in serious ‘warfare’ prayers in the night for assured morning joy.

The astute deliverance man of God, who started his ministerial journey under the supervision of Dr. D.K. Olukoya of Mountain of Fire and Miracles Ministries, where he rose to the position of Senior Pastor, before he was called to oversee Destiny Revival Church; was also recognized with an Award of Exellence as a distinguished Provincial Advisory Council member of Pentecostal Fellowship of Nigeria, Lagos at PFN’s Confederation of Churches held in Ikeja last Saturday.