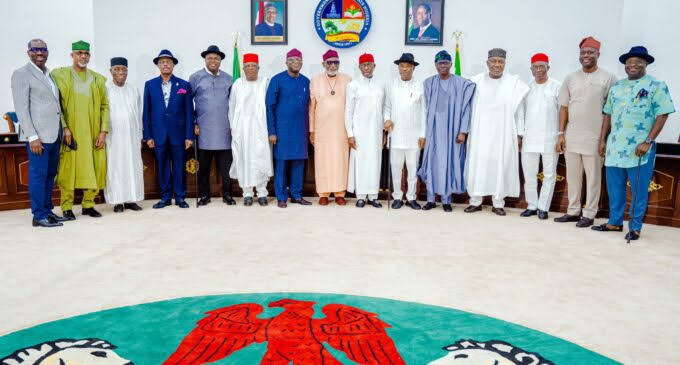 The United States has said that the Southern part of Nigeria should stay on alert, because terror groups are already establishing their presence in the country, and moving down South. The warning was made in a media briefing which was monitored by TheCable. Dagvin Anderson, Commander of the US special operations command, Africa, said Al-Qaeda is also expanding to other parts of West Africa.

“We have engaged with Nigeria and continue to engage with them in intel sharing and in understanding what these violent extremists are doing,” he said. “And that has been absolutely critical to their engagements up in the Borno state and into an emerging area of northwest Nigeria that we’re seeing al-Qaeda starting to make some inroads in.

“So, this intelligence sharing is absolutely vital and we stay fully engaged with the government of Nigeria to provide them with an understanding of what these terrorists are doing, what Boko Haram is doing, what ISIS-West Africa is doing, and how ISIS and al-Qaeda are looking to expand further south into the littoral areas.”

Anderson added that for international efforts to yield desired results in the fight against terrorism in Nigeria, the government must take the lead. “When it comes to Nigeria in general, Nigeria, obviously, is a critical nation to West Africa. It is a critical nation and we realise that Nigeria is a lynchpin,” he said.

A former Deputy Central Bank Governor, Obadiah Mailafia, who was the Presidential candidate of the African Democratic Congress in the last election, had similarly warned that terror groups are already everywhere in the country.
He said, “Some of us also have our intelligence networks. I have met with some of the bandits; we have met with some of their high commanders – one or two who have repented – they have sat down with us not once, not twice. “They told us that Boko Haram and the bandits are one and the same. They have a sophisticated network. During this lockdown their planes were moving up and down as if there was no lockdown. He
“They were moving ammunition, moving money, and distributing them across different parts of the country.” “They are already in the South, in the rain forests of the South. They are everywhere,” he claimed.