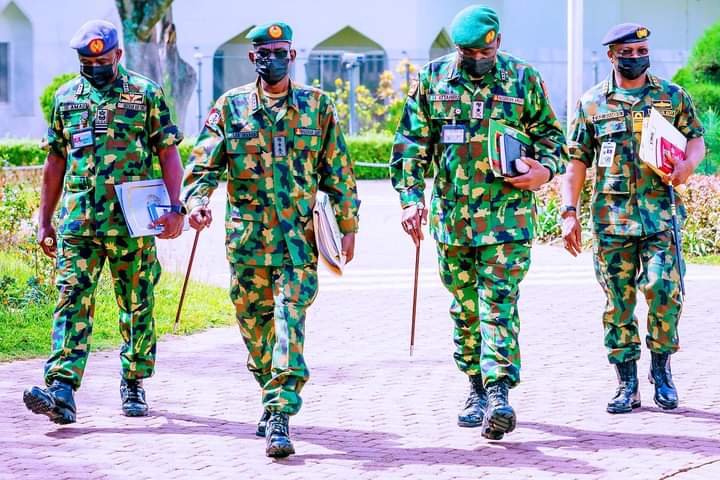 The latest crash of Nigerian Army Aircraft recently on 21st May 2021, has brought so much concern and shock to Occupational Safety and Health Association the United Kingdom (OSHAssociation) – Nigeria Region, doubting the professionalism and the safety skills of their Aircraft crew in managing the Aircrafts of this Military institution in line with the international safety best practices.

HRH Dr Amb. Olusegun Aderemi, the Nigerian regional president of the Association who spoke to the Safety Media team said Continuous crashes with the military aircraft means there was no effective accident investigation in the previous crashes and prompt action to stop reoccurrences of the incidents. Because the accidents and fatalities we experience in various institutions today are the results of safety failures and negligence of officers or from the leadership of such institution, Dr Aderemi said.

On the 21st February 2021, the unfortunate death of seven officers of the Nigerian Air Force in the ill-fated crash of military aircraft NAF Beechcraft King Air B350i was a tragic end to the service of young military officers on national assignment. Coming at a time when the country is deeply enmeshed in a myriad of difficult security situations, while at the same time mobilising resources for rectification, this incident is disheartening and lamentable. Just months after, we are jolted by the news of another tragic crash this time involving the Chief of Army Staff, General Ibrahim Attahiru alongside top army officials headed to Kaduna for an official engagement.

Witnesses reported that they saw the plane explode mid-air before crashing. Sadly, the death of Nigerian military officers in the crash happens to be the second in recent times.

These deaths have come in quick succession and calls for concern, even if it is not unusual in war situations and crises of insecurity to have such casualties. Nigeria’s elite squad in the military should not be exposed to avoidable situations that put them in jeopardy. Accidents like this should be avoided by implementing adequate safety measures in order not to demoralise other soldiers on duty.

Occupational Safety and Health Association (OSHAssociation) as one of the leading safety Associations working closely with the private and public institutions towards zero Incidents is highly concerned, because we specialise in professional training, advocacy, standards and policy development on Occupational Safety and Health; therefore we are raising awareness over the incessant Aircraft Crashes in the military, with advice on a need to urgently overhaul their Safety Management Systems and ensure accurate accident investigation to stop reoccurrences.

A recent analysis also showed that all accidents that occurred in Nigeria from 1985 to 2010 using the Human Factors Analysis and Classification System (HFACS), a conventional framework widely used in aviation, were occasioned by skill-based error, inadequate supervision and environmental factors. However, safety experts from Occupational Safety and Health Association (OSHAssociation) believe that barring all indications of tardiness on the part of regulating authorities in the provision of safe air transport whether civil or military, stakeholders in the maintenance arm of aviation should work harder to ensure that routine oversights are given to human errors as they are accorded to technical failures. Besides human factor, training and focusing on safety key performance indicators should be enhanced for inspectors, data analysts in the regulatory authorities and accident investigators.