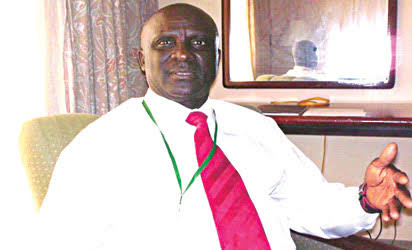 The Chief Executive Officer (CEO)/Registrar of the National Examination Council (NECO), Prof. Godswill Obioma, has assassinated at his residence in Minna, Niger State.

The wife Elizabeth Obioma tearfully confirmed to Newsmen that Prof. Obioma was strangled to death on Monday night by some yet-to-be identified persons.

Details of the incident are still sketchy as of the time of filing this report.

Wasiu Abiodun, the Niger State police spokesman, did not respond to calls put across to his phone by our correspondent.

But a senior NECO official who didn’t want his name mentioned said members of staff of the exam body had heard the rumours by were unsure if it was true.

“We heard rumours of the incident, but none of our colleagues has been able to confirm it,” he said.

“He was at the office yesterday and we are currently waiting at the office to see if he would show up to confirm our fear or otherwise.”

He is a professor of Education Measurement and Evaluation and a former Executive Secretary of the Nigeria Educational Research and Development Council.

Until his appointment as NECO Registrar, Obioma was the Ebonyi State Resident Commissioner of the Independent National Electoral Commission (INEC).