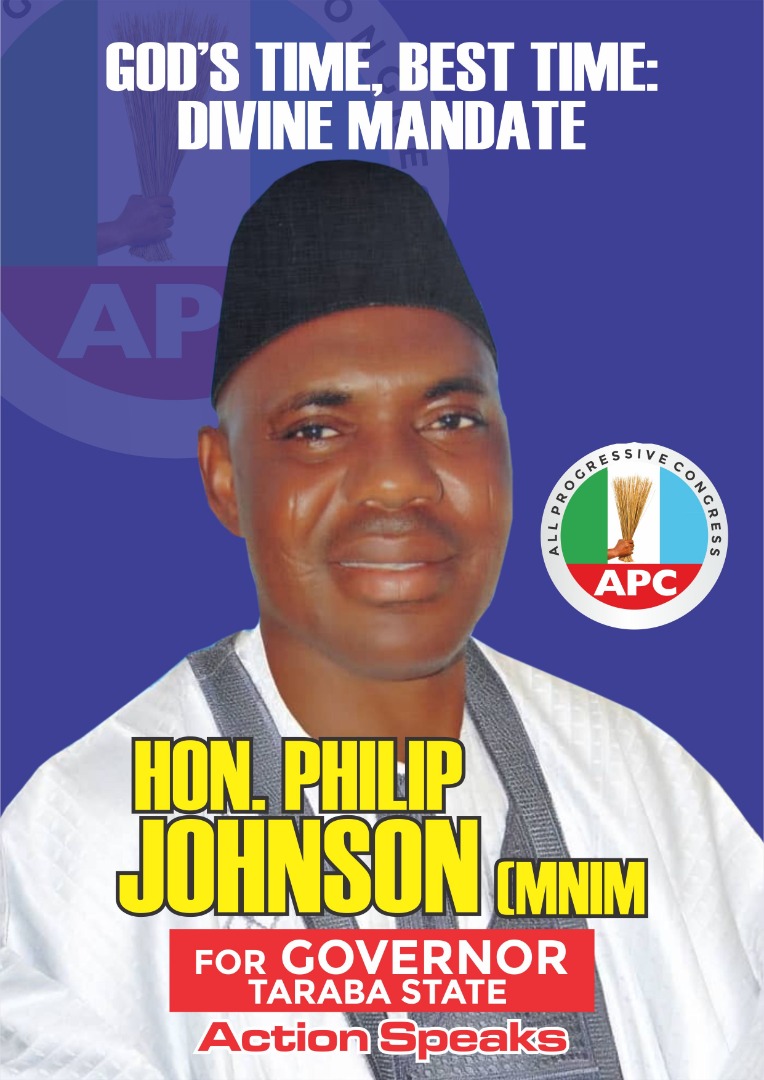 Taraba state governorship hopeful and key proponent to the establishment of Taraba State University (TSU), has congratulated the 2021 set of graduates for successfully completing the academic in the state’s premier ivory tower.

In his statement, made available to Newsreel, the APC grass roots politician states:

“Permit me to congratulate another set of graduates of Taraba state University.
I join you in the merriment of your graduation and really my joy knows no bounds.
I recalled some years back when I wrote an advisory memo to the state’s Executive council, advising the Executive Governor and the council on the need to establish Taraba state University. Some individuals who were short sighted kicked against it, the memo had to go through some rigorous debate.
Thank God for some of my then colleagues who knew what I was talking about, the likes of Dr. Philip Duwe, Hon. Bar. Albert Sam Tsokwa, Hon. Barr. Gibon Kataps who stood by me and got the Executive Governor convinced and he vetoed the debate and consequently ordered for the setting up of a committee on Establishment of Taraba state University.
Those who saw no reason for the establishment of the university started calling me names including Mr. University.
Today I am pretty sure, some of them their children, brothers, sisters, nephews, wives or any of their relative might have graduated from the University whereas, some of theirs may have been working in the University.
Those clique who then opposed the establishment of TSU can now see reason in it’s establishment.
I recalled one of them brought Hausa adage to buttress his point “ko ba a gwada ba linzami ya fi karfin bakin kaza” I feel like replying him now.
Gashi dai ba a gwada ba amma ga linzami a bakin kaza.
Another thing that the clique did was to used their closeness to the Executive Governor to frustrate the work of the committee.
But thank God with just the released of meagre resources we were able to host our external members of the committee, finance and toured the whole Taraba state to collect views of the people and recommend possible sites among which the present site was included.
Let me at this juncture salute postmortously His Excellency late Pharm. Danbaba Danfulani Suntai, the then Executive Governor of Taraba state who expressly established Taraba state University with the approval of National University Commission (NUC)
He knew how dearly Taraba state needed a University and at the time of debating for the establishment of the University, he was a member of the council.
I will also salute postmortously our Chairman late Dr. Mahmud Hamman. Let me salute my then colleague but later my Boss Hon. Barr. Albert Sam Tsokwa member of the committee, I salute Mr. Andrew Samari Lamma secretary of the committee and the then Hon. Commissioner of Education. One Prof. Ibrahim Mohammed or so, he hail from Ibi and then he was in ABU Zaria, late Dr.. Jalingo he was then in UNIMAID, Mr. Gambo Matudi from then FUTY now Modibbo Adama University Yola I salute you for being part of this success story.
Our Secretariat headed by Mr. Gangum please complete the story you know I am full of age. Congratulations Tarabans, I assure you that the best is yet to come.”