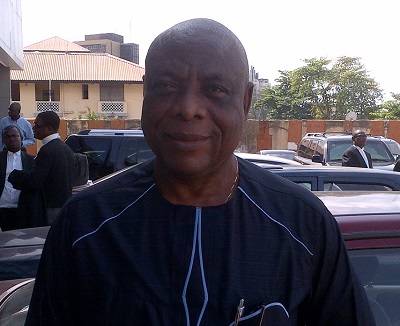 The Shippers’ Association of Lagos State (SALS) and the Association of Nigerian Licensed Customs Agents (ANLCA) have distinctly expressed vehement opposition to plans by terminal operators to increase charges.

Specifically, the SALS highlighted that while Shippers may not be outrightly against changes in charges, such hike must however follow approved channels, rather than done arbitrarily.

“Shippers are against violations of regulations as laid down by the Federal Government through the Nigerian Shippers’ Counci”, the SALS Chairman, Rev. Jonathan Nicol said.

“The announcement of some Terminal Operators, specifically PTML and FIVE STARS Terminals and some Shipping companies to increase rates and charges in Nigeria is indeed a wake up call.

“Shippers are against violations of regulations as laid down by the Federal Government through the Nigerian Shippers’ Council. Shippers wish to remind the Trade platform that there is a subsisting legal issue between the Terminal and Shipping Lines in Nigeria on arbitrary charges awaiting final determination at the Supreme Court.

The legal issues were instigated in 2014 by the Terminal Operators and the Shipping Lines, respectively. It is only right for all to maintain public peace as it relates to these issues.

“The Port Economic Regulator, the Nigerian Shippers’ Council is empowered to discuss and agree on new rates and charges to be introduced to the Shippers who will eventually pay the bills.

“It is painful that we have not enjoyed the type of business friendliness in this sector since the introduction of the Port Concession Agreement of 2006. In that Agreement, it was agreed that ” stakeholders will meet and agree to any increase in Local rates and charges before implementing such”.

“Shippers Association Lagos State did not receive any notification in writing by the affected Terminal Operators of any increase. Neither, was any meeting held with our members in this respect.

“Some of the Freight Forwarders supporting this move may have forgotten that as Agents, they are to protect their clients and not to commit the Shippers in payment of arbitrary increases without approval from the Economic Port Regulator”, Nicol said, stressing it’s support for  CREEPPON.

“We totally agree with the CREEPPON for their understanding. We thank all concerned for their various contributions. The environment is bedeviled with enough stress.

“We are discussing with the Nigerian Shippers Council on this issue and the Peak Season Surcharge which again will attract Freight increases between June and end of September and this should give us more concern”, the SALS Boss stated further, noting that the matter can be resolved sooner or later by the Port economic Regulator for the interest and benefit of all.

The Association of Nigerian Licensed Customs Agents (ANLCA) on the other hand says it is totally opposed to any notion of Increase in Charges By Terminal Operators, for now.

“The Association of Nigerian Licensed Customs Agents (ANLCA) is vehemently opposed to plans by terminal operators to increase charges”, Dr. Kayode Farinto, the ANLCA Vice President, who represented the National President, Tony IJU Nwabunike, after Its meeting with the Nigerian Shippers Council on the subject matter,

Farinto said ANLCA was not convinced on the need to increase charges.

He said the Executive Secretary of Shippers Council, Mr. Hassan Bello had explained that the Terminal Operators gave reasons for their intention to increase storage and terminal handling charges, they were not convincing enough.

He highlighted the reasons as follows:

3) Labour demand for increase in wages and salaries.

Farinto stated ANLCA’s position to the NSC boss that the  Concession Agreement and due diligence that regulates increase in storage charges must be strictly observed.

The regulation, according to him, entails that various stakeholders viz-a-viz Customs Brokers and Freight Forwarders should be carried along and agreement reached on the issue, adding that even if there should be reasonable increase, enough information should be disseminated to the general public for their understanding.

The position of ANLCA also includes that the Federal Government needs to know that the timing for this increase is wrong for now in view of the adverse effect of the Covid-19 pandemic on the world economy which  Nigeria is not an exception. He stated that ANLCA maintains that the proposed increase will cause Nigerians to suffer.

He urged all Chapter Chairmen/Chairperson and their executives to monitor their various ports and report back to the National Secretariat of ANLCA for necessary action in case of any sudden change in charges.

He accused some unscrupulous people of supporting the illegal increase for pecuniary gains, hinting that the National President has already directed that they begin talks with sister associations to have a common front and speak with one voice on the matter.