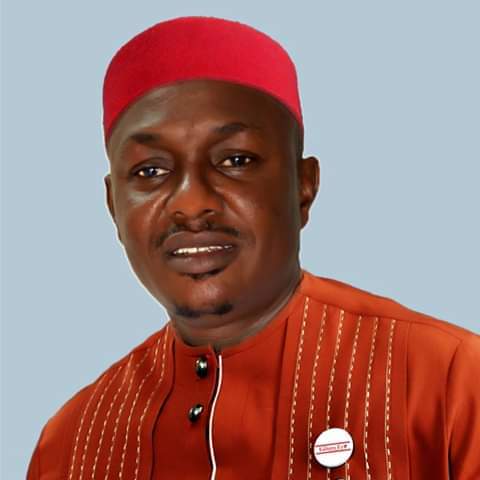 The Christian Association of Igbo Ministers Worldwide (CAIM) has raised alarm over the worsening security situation in Nigeria, particularly, the Southeast region which ‘was not violence-prone before now’.

The reverend group of Igbo Clerics, while condemning the activities of the dreaded Unknown Gun Men, decried the gross violation of human rights and extra judicial killings being carried out by Government Security Operatives, allegedly.

“We unequivocally and unreservedly condemn the wanton destruction of innocent lives and property and violent attacks on security personnel and police stations by some unknown gunmen.

We equally condemn the indiscriminate arrests and extra-judicial killing of many innocent Igbo youths by some overzealous security operatives contrary to the acceptable rules of engagement in dealing with the civilian population in a democratic state. Many innocent Igbo youths are now being hounded, brutalized and whisked off to unknown destinations without a trace. There is gross violation of human rights akin to a war situation.

We also take great exception to the Inspector General of Police’s shoot-at-sight order in the Southeast. That order is illegal, inhuman and draconian. Since the President did not call him to order, it could be assumed that he acted in line with President’s body language. President Buhari’s recent tweet in which he vowed to deal with the separatist agitators in the manner of the genocidal Nigerian Civil War of 1967 – 1970 in which he was a major player, lends credence to his body language. That odious statement which has now been removed by Twitter, smacks of implacable hatred and vindictiveness against the Igbo people. It is a tacit declaration of war.

The shoot-at-sight order and the recent presidential tweet have, in no small way, influenced the venomous and bellicose attitude of the security personnel in dealing with the crisis in the region. Ironically, the same high-handed measures are not being applied against the murderous, AK-47-wielding Fulani herdsmen who maim, rape, kill and sack villages all over the country with an air of impunity
and bravado.

THE NEED FOR DIALOGUE

As ministers of God who pray for the nation and preach the Gospel of peace, we call on the agitators and the security personnel to sheathe their swords and embrace dialogue. Let there be an end to brigandage and carnage in the Southeast. No nation can fight two wars and still stay together.

We, therefore, call on President Buhari, as the father of the nation and Commander-in-Chief of the Armed Forces to convoke a meeting of the Southeast stakeholders for dialogue. We propose that the following issues should be sincerely and dispassionately discussed:

1) Unbiased investigation into the real identity of the culprits in the light of Governor Uzodinma’s statement that over 70% of the 400 arrested persons are not Igbo. Where are they from and what is their motive for causing mayhem in the Southeast?

2) Why are the youths still embarking on separatist agitation fifty years after the civil war?

3) Discussion of the grievances of Ndigbo such as long-standing marginalization, injustice, lack of federal presence, official discrimination in the distribution of political power structures and appointments, lack of critical infrastructural development, state creation, et cetera.

We cannot talk of peace and unity without justice which is the pedestal upon which they stand. In both the old and new national anthems, Nigerians prayed to God to “help us to build a nation where no man is oppressed” and “where peace and justice shall reign”. We must act accordingly.

Shoving partisan and ethnic sentiments aside, we advise that the President, as a statesman, should draw up an action plan to look into the grievances of Ndigbo and redress the glaring injustices thereby permanently putting the sad reminiscences of the civil war behind us. Conciliatory words from a leader to an aggrieved people, backed by sincere, remedial actions, can permanently unite a country which a million bullets cannot do (1 Kings 12: 1 – 19). God bless Nigeria”.