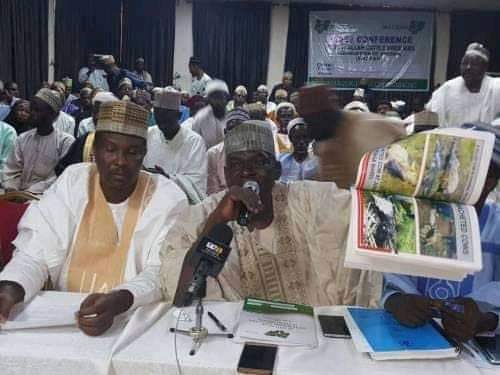 One of the umbrella bodies of herdsmen in Nigeria, the Miyetti Allah Kautal Hore, has alleged that South-West governors are “hiding” wanted Yoruba activist Sunday Adeyemo aka Sunday Igboho.

The Department of State Services on July 1, 2021, raided Igboho’s Ibadan residence in Oyo State, detained 13 of his followers, and killed two of the activist’s associates in a “gun duel”.

He said, “It is in his (Igboho) own best interest if he submits himself peacefully so that he can face justice. Why is he running? Is he not a revolutionary? He should submit himself before they get him because as it is now, he has been declared wanted, he should present himself to the nearest police station.”

The group’s spokesman also alleged that the six governors in the South-West region are hiding Igboho.

He said, “All his (Igboho’s) actions are political; he is being used. His godfathers in the South-West should bring him out.
“The security agencies are speaking the language he understands, they will get him. I know the governors are hiding him but they (security agents) will get him.

“The (Nigerian) State has declared him wanted. He is not more than the state. The governors keeping him should produce him.

“He declared a republic; that was a rebellion. How can you be threatening the sovereignty of the (Nigerian) State and you still have the guts to be walking around and be organising rallies?”