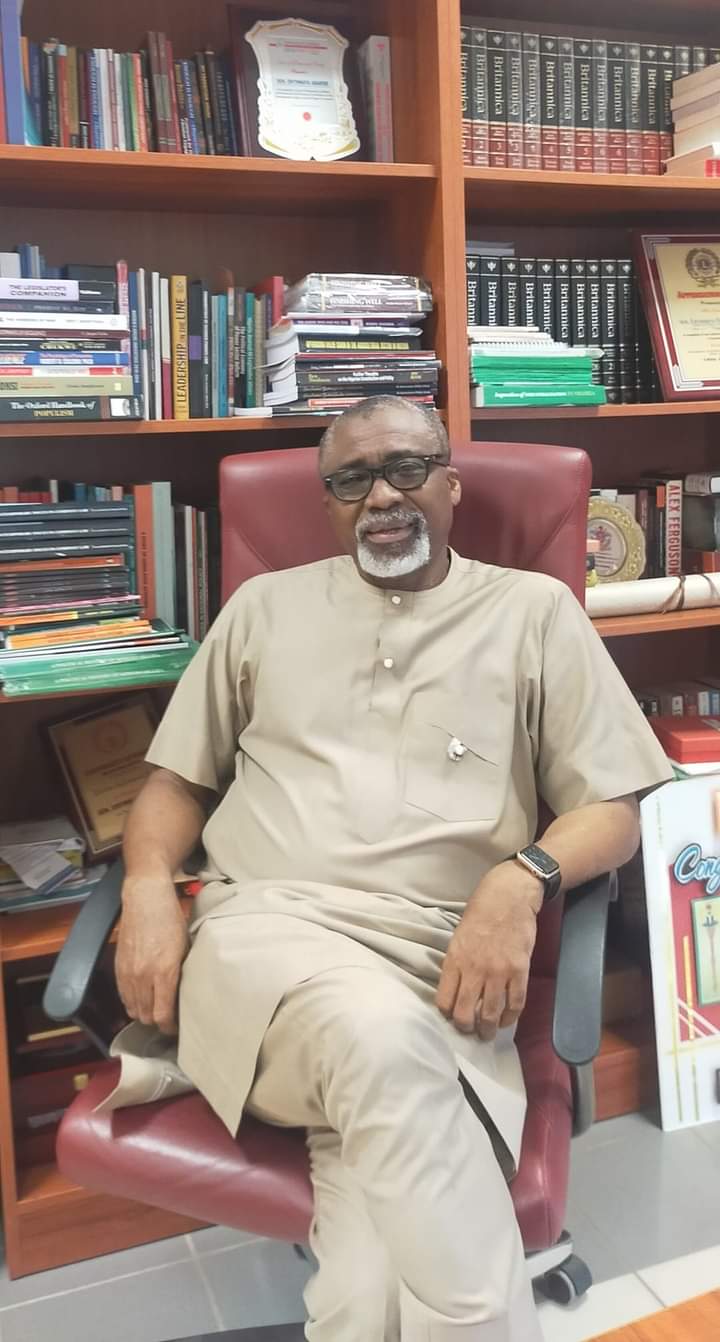 The Minority leader of the Senate, Senator Enyinaya Abaribe has disclosed that most of his colleagues betrayed him after he spoke to them on electronic voting provision in the electoral act, saying the betrayal forced him to call for division, to expose them to the world.

A close ally of the minority leader spoke to Senate press corps members, giving details of how Abaribe lobbied but was betrayed.

This was against the amendment sought by Senator Bassey Akpan, which was also the same as the recommendation by the INEC Committee that presented the report, saying the Commission may transmit results of elections by electronic means where and when practicable at its discretion.

During voice vote, the nays had it as the minority leader challenged the ruling by the President of the Senate, calling for order 73, which means division.

The order states that any senator may challenge the opinion of the President or the chairman’s ruling on a voice vote by claiming a division on any matter before the upper legislative chamber.

It was gathered that Abaribe had a special session with PDP senators on the electoral amendment bill, over the clauses, especially on electronic transmission of results, to stop the menace of election rigging in Nigeria.

“They all agreed to support the electronic transmission as he also lobbied most APC Senators, who saw reasons with him, for election accountability and the need to have free and fair election in Nigeria.

“Many agreed and gave him their word to support the use of electronic transmission of results when the clauses are deliberated upon on the floor.

“When Sen Kabiru Gaya got information that Sen Abaribe was flowing well with most senators, APC/PDP inclusive, and had gotten their support on electronic transmission of results, he quickly ran to the presidency to scuttle the plan.

“He activated Aso Rock connection on Senators. Secret financial promises were made to senators in PDP and APC. Some PDP senators were promised soft landing if they wish to decamp to APC, and that the non use of electronic transmission of results will make their election seamless/easy to win in future.

“To assure Senators of their promises, the cabals arranged an emergency dinner session with President Buhari at the villa where all 109 senators came face to face with Mr President. Cash were disbursed to those Senators willing to take in dollars. But they all kept denying.

“The Senate president was ready to do the bidding of the President’s cabals. So they agreed to a voice vote of ayes and nays, but that the nays should have it. Haven known the kind of person Senator Abaribe is, and fearing the worst, some Judas in PDP, decided to abscond.

“They were at the Villa to honour President Buhari’s emergency dinner session with Senators, but couldn’t attend the senate sitting on the most important day of our nation’s electoral history. Those APC Senators who gave Abaribe their words started acting strange after the dinner. So, when it got to the electronic transmission of results clause in the electoral amendment bill, as usual the Senate president called for those in support to say Aye, and those against to say Nay. And he was quick to say, the Nays have it, and it was obvious they have it. But Senator Abaribe wanted history to vindicate every one of them, and posterity to judge those who betrayed and robbed the nation of her only chance at having credible, free and fair elections.

“So, he called for a division of the Senate where everyone will vote YES or NO, according to their conscience, and the results will be made public for history to judge. He wanted to expose all those who voted against the people’s wish, and for the world to see those who betrayed by absenteeism.”