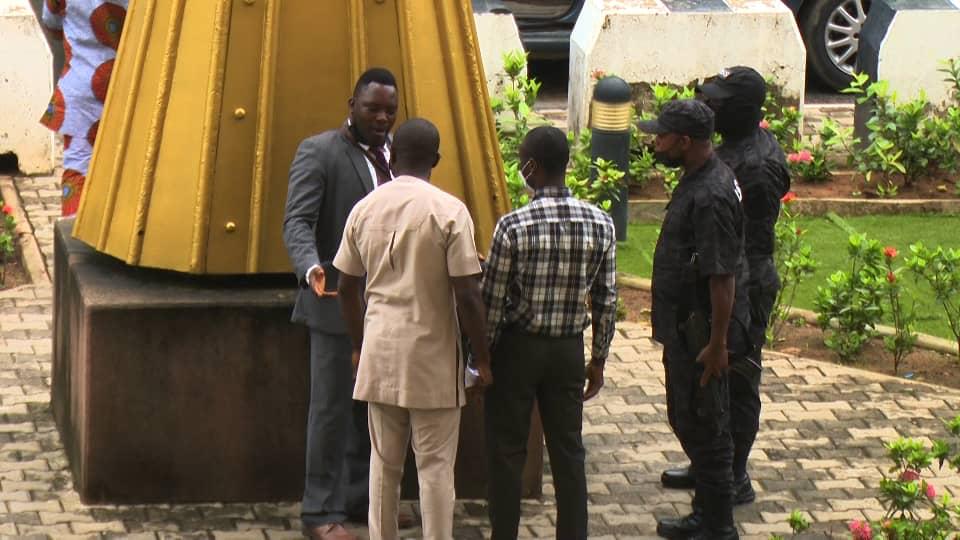 The Nigeria Union of Journalists (NUJ) FCT Council has condemned in strong terms the continued intimidation and harassment of journalists by personnel of the State Security Services (SSS), stating it was a threat to democracy and the rule of law.

The warning is coming on the heels of Monday’s unwarranted physical harassment and assault of a photojournalist with the Vanguard Newspapers, Oluwagbemiga Olamikan, at the Federal High Court, Abuja

In a press statement in Abuja Monday, jointly signed by Comrade Emmanuel Ogbeche and Ochiaka Ugwu, chairman and secretary of council, respectively, the union noted that it has become habitual for the SSS and other security agencies to pick at journalists in the legitimate performance of their duties, and called for an immediate end to the use of excessive force against journalists and media workers in general.

“It is unfortunate to state that reporters and photojournalists were barred from covering the previous court session. Council lamented that in recent time, violence against journalists has increased with the authorities directing aggression towards journalists especially in terms of harassment, arbitrary detentions of journalists covering events making most journalists to be concerned about their safety.

“It is worrisome that this is happening exactly one month after the NUJ launched a Five-Year-Review on press freedom in Nigeria starting from 2016 to 2021 where the report indicted state actors who have formed the habit of trying to gag the press always”.

However, council has previously reported on the disproportionate use of force by the state actors against journalists during coverage with security operatives preventing audio and visual recordings of protests and public demonstrations.

“The number of cases where security operatives use excessive force and violence against journalists has significantly increased over the years. Journalists are responsible in providing the public with objective news and any attempt to prevent them from covering public events is a clear violation of the citizen’s right to access information.

“Relevant authorities must take all necessary measures to protect and ensure journalists’ safety on duty. The use of excessive force by the security operatives against those who are exercising their fundamental rights such as press freedom and holding government accountable to the people cannot be met with constant intimidation.”

The NUJ called on the SSS to rein in its operatives in its dealings with the media, noting that its arbitrary actions against journalists were embarrassing and further contribute to Nigeria’s poor ranking on the press freedom index.