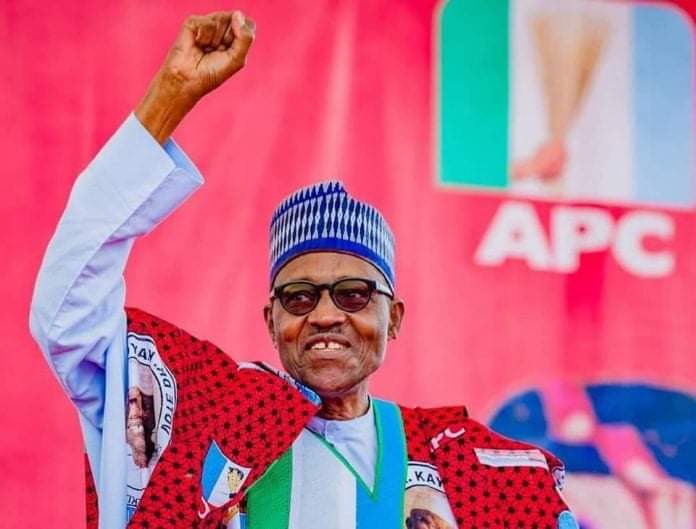 Leaders of the ruling All Progressives Congress (APC) have said about N1 trillion worth of stolen funds and assets have been recovered since President Muhammadu Buhari assumed office in 2015.

In a statement on Thursday, a former National Publicity Secretary of the APC, Mr. Lanre Issa-Onilu; member of the APC Caretaker/Extraordinary Convention Planning Committee, Barr Ismail Ahmed, Presidential Aide, Mr. Tolu Ogunlesi; and Director-General of the Progressives Governors’ Forum, Salihu Lukman, said high profile recoveries were made from 2015 to date.

According to the statement, all final forfeitures are being deployed for use in the government’s Special Infrastructure and Social Investment Programmes or put into the annual budget.

The APC leaders under the aegis of APC Legacy Awareness and Campaign said in addition to looted and hidden funds, the Buhari administration is also focused on ensuring that taxes and other debts owed the federal government were recovered in full.

“Others are; $43 million security funds from an apartment in Ikoyi; and 189 billion Naira in ‘restrained’ funds from inflated personnel budgets, following ICPC’s scrutiny of practices, systems and procedures of MDAs’ personnel cost from 2019 to 2020. Billions of Naira in pension funds have been recovered from local and foreign Insurance Companies who have been holding on to assets of the Pension Transitional Arrangement Directorate (PTAD).

“ICPC’s audit of Constituency Projects covering 2015 to 2018 helped recover N2 billion of diverted funds and assets, and also forced about 300 contractors to return to site to complete abandoned or poorly-executed projects.

“In August 2021 the ICPC commenced the third Phase of this Constituency and Executive Projects Tracking Exercise. In 2019 alone, ICPC also recovered N32 billion worth of Land, Buildings and Vehicles.

“In 2021, the EFCC and ICPC have continued their recovery efforts, with billions of Naira in cash assets already recovered, either through Interim or Final Forfeiture Orders.

“Since the President assumed office in 2015, close to a Trillion Naira worth of stolen funds and assets have been recovered in all. All final forfeitures are being deployed for use in the Government’s special Infrastructure and Social Investment Programmes, or put into the annual Budget.

“President Buhari will continue to ensure that government monies and revenues are safeguarded and put to the most efficient and transparent use for the benefit of the Nigerian people.

“APC is working to rebuild Nigeria after years of neglect and destructions. President Buhari is laying solid and sustainable foundation for Nigeria’s greatness,” the APC leaders said.