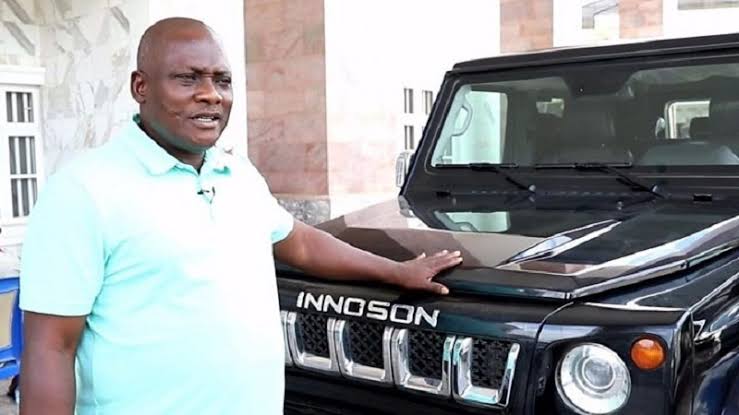 The Chairman of Innoson Group, Innocent Chukwuma, also revealed that the company is ready to manufacture electric cars.

Chukwuma disclosed the mega-deal with the state-owned company while commenting on the race to face out fossil fuel.

The Nigerian government had unveiled plans to sponsor the conversion of one million cars to run on gas. Gas is Nigeria’s transition fuel.

The NNPC Ltd, Chief Executive Officer, Mele Kyari, had announced in December 2020 that the Ministry of Petroleum will provide the structure for the free conversion services to enable automobiles to switch from premium motor spirit to gas.

Speaking to local station, Arise TV, Chukwuma revealed that IVM has been contracted to manufacture cars for the NNPC Ltd, but the businessman did not reveal the details of the deal.

The Innoson Group Chairman said, “I am now producing some vehicles with CNG engines for NNPC. I am almost through with the production and I did the best quality of the CNG cars and it was built from my factory.

“CNG will help everybody because the consumption of CNG is better than fuel. If people can convert to CNG, it will benefit the nation, the transport costs will dropdown. Nigeria has a lot of CNG wasting.”

IVM has a plant at Nnewi, South Eastern Nigeria that has a production capacity of 60,000 cars.

The billionaire businessman was also optimistic about venturing into the manufacturing of electric cars.

According to him, electric car manufacturing is not a big deal when the country begins to see demands.

Chukwuma said, “The most important thing that is doing in a vehicle is to build the body, I don’t produce engines, I import engines from engine companies.